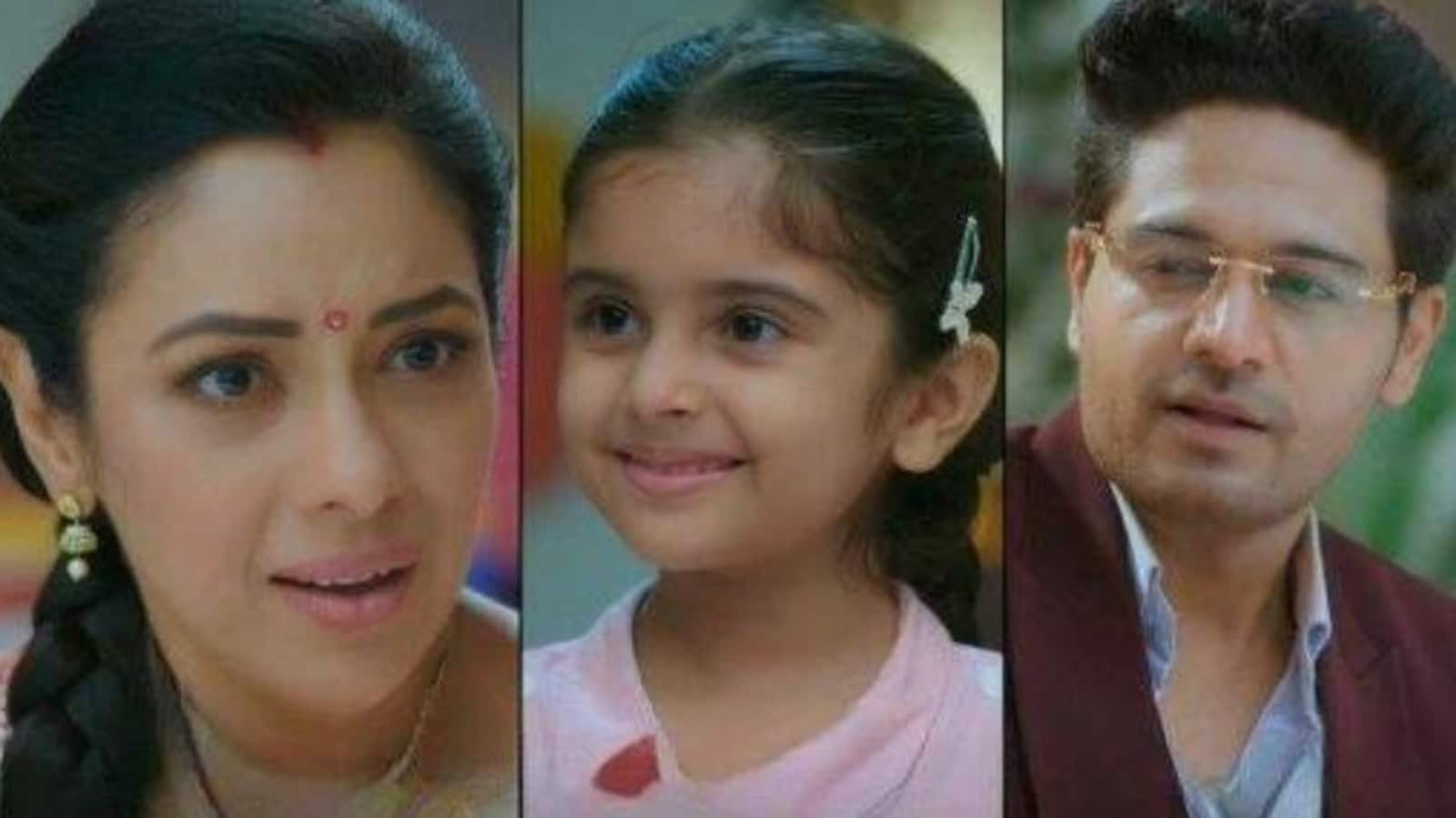 In the previous episode, Kavya had begun to make amendments to her behavior. The first step she takes in this regard is to take care of her pregnant daughter-in-law, Kinjal. Kinjal helps her with the struggle Kavya is going through with her marriage and her personal choices.

Leela sees the two of them bonding and gets confused by Kavya’s actions. On one hand, she is making Vanraj’s life hell in every possible way and on the other hand, she is trying to bond with his kids. How will Anupama react to these changes at home? Will she ever find out what her kids are going through back home?

Anuj has asked Anupamaa a huge question at the beach. He proposed to adopt little Anu. Anupamaa is stunned by his wish. She struggles to figure out her answer. She even takes Devika’s help, but continues to remain conflicted.

Finally she overcomes her inhibitions and reaches a decision. Back at the hotel suite, she tells Anuj how difficult it has been for her to raise three kids. She explains to him that she already has so many responsibilities to attend to. She expresses her difficulties of not being able to go through the struggle of raising a child all over again. However, she admits that she wants to take the chance with Anuj. She then tells him that she is ready to adopt Anu with him.

Anuj and Anupamaa go back to the orphanage and tell Anu the good news. Anu is elated to find out that she will finally have parents now. Anuj and Anupamaa return home to finish the paperwork and tell GK the good news. Instead, they find surprise guests waiting for them. Anuj’s cousin and his wife have arrived. Anupamaa and Anuj’s happiness doubles after meeting them, but it looks like that their guests have some ulterior motive behind this surprise.

In the upcoming episode, we see Anupamaa become a mother again. But Anuj’s cousin and his wife will bring more obstacles in her life. Keep reading HT highlights for more updates.

How to take a screenshot on Windows | ZDNet

Amazon’s Net Loss Prompts Query: Has It Built Too Many Warehouses?