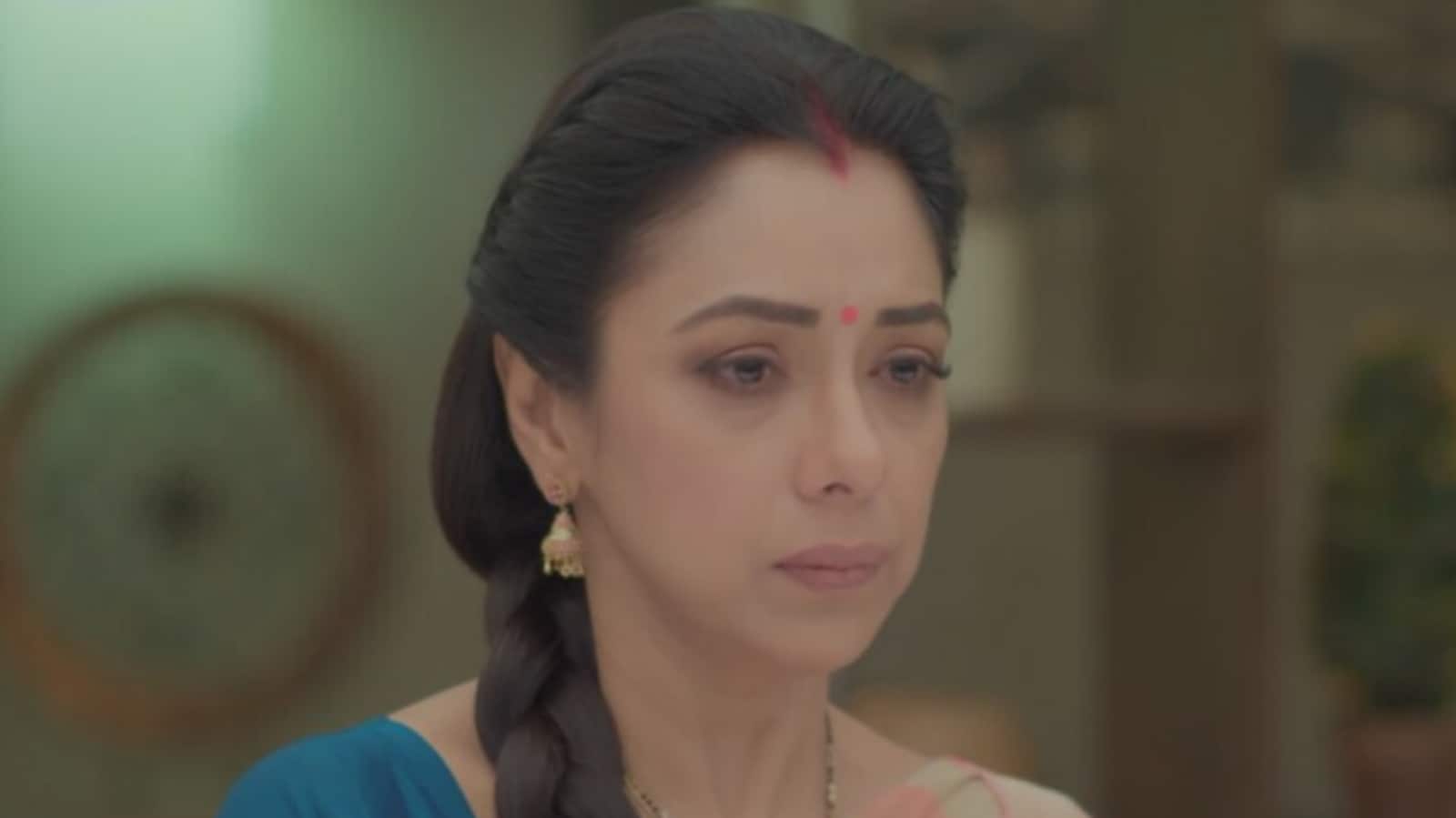 In the latest episode of Anupamaa, tension increases in Anupamaa’s life as Vanraj blames her for Kinjal’s health. Anuj and Barkha will also suggest staying away from Vanraj and his family. Will Anupamaa leave her kids for Anuj or will Anuj separate Anupamaa from her children? Read this full article to find out. (Also Read | Anupamaa written update June 21: Pregnant Kinjal falls after Barkha accidentally bumps into her, Anupamaa gets worried)

The previous episode ended with the suspense of Kinjal’s health. Anupamaa and Kinjal are still in shock and continue to cry. Vanraj loses his patience and demands an answer from Anupamaa. Finally, Anuj steps in and relieves everyone by informing them that Kinjal and her baby are alright. After finding out that Kinjal is fine, Vanraj’s priorities change. He is no more panicking but his anger has no bounds. He bursts out at Anupamaa for being so irresponsible. After that, the words he spoke breaks Anupamaa’s heart. Not just does he insults her and her family, but he blames her for losing all her values after getting rich.

Anuj obviously is not going to hear it all silently. He comes to defend Anupamaa but Vanraj is not going to keep quiet this time. The argument gets intense and Hasmukh finally calms them down. As Anupamaa moves to take Kinjal in, Vanraj announces that he will take his kids back home. Anupamaa is hurt and shocked but can’t do anything. Finally, Kinjal requests to stay with Anupamaa for the night and Vanraj accepts.

Anupamaa puts Kinjal to bed and Barkha also comes to apologize. As the two leave for Kinjal and Toshu to relax, Anupamaa prays for her family’s well-being. Little does she know that a new problem awaits her just around the corner. Back at the Shah house, Vanraj takes out his residual anger at Pakhi for forcing everyone to go to Anupamaa’s house.

Anuj is still tense after the day’s incidents. Barkha takes the opportunity and starts complaining about Vanraj’s behaviour. She also suggested that Kinjal shouldn’t come to their house anymore in such a crucial period of her pregnancy. What shocks Anupamaa more are Anuj’s words though. Anuj agrees with Barkha and asks Anupamaa to stay away from the Shah family. He expresses his agitation at Vanraj’s behaviour and decides that they should not interact with the kids for a while so Vanraj doesn’t get an excuse to create any further problems for them.

Anupamaa is stunned to see Anuj so angry and against inviting her kids to their house, but Anuj looks serious this time. How will Anupamaa manage to stay close to both her families? Who will she choose now– her kids or her husband? In the next episode, Anuj and Anupamaa will have their first disagreement. Barkha and Adhik will try to take advantage of this tension and get closer to Anuj. Keep reading this space to find out what happens next when Anupamaa refuses Anuj’s decision.