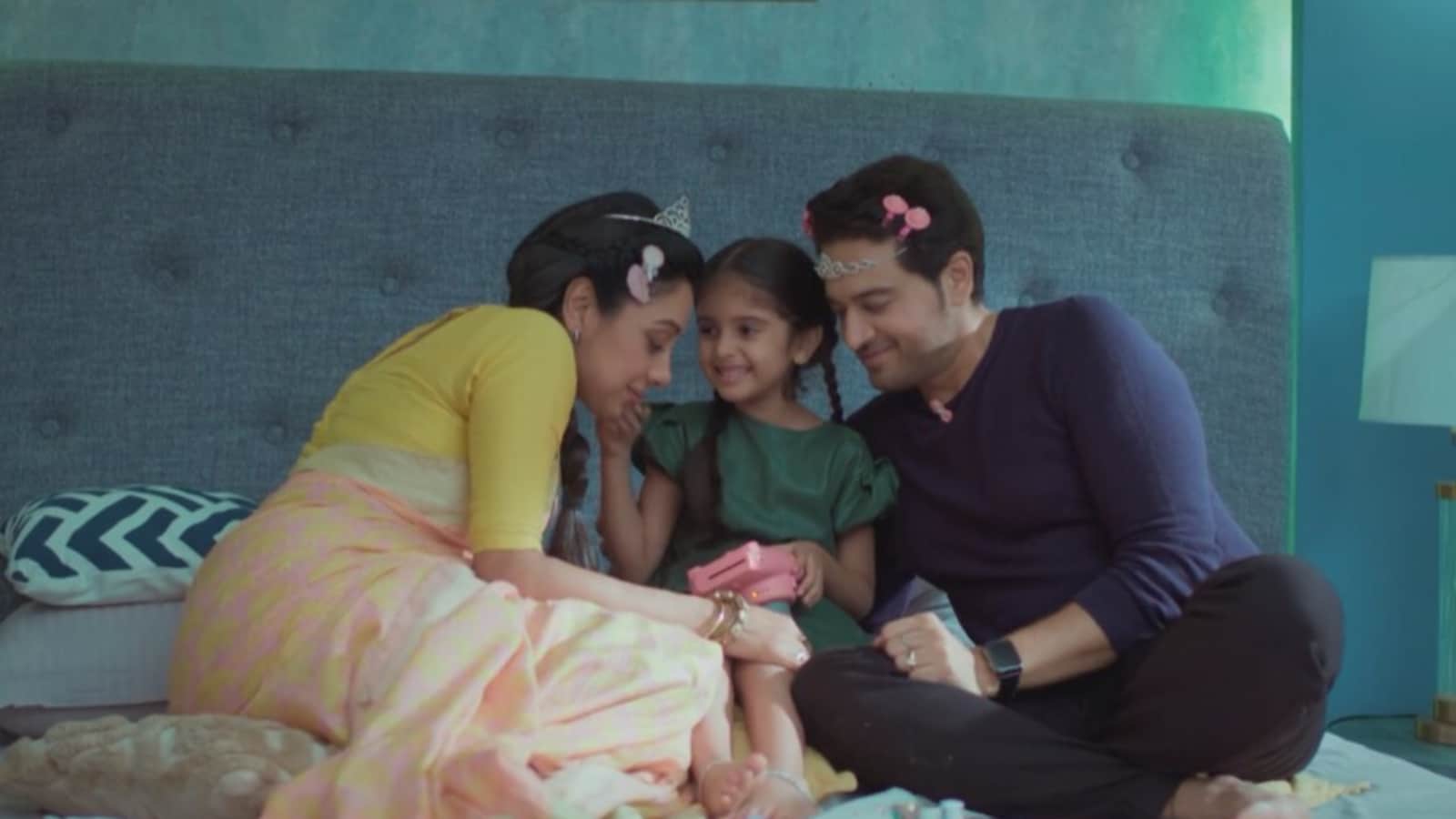 In the latest episode of Anupamaa, both Anuj and Anupamaa get worried about Pakhi and her infatuation towards Adhik. Vanraj learns that Pakhi is in the Kapadia house and he rushes to bring Pakhi back. Read this article to know more. (Also Read | Anupamaa written update July 23)

In the previous episode, we saw how Barkha tries to manipulate Pakhi, making her stay with them. Anuj also couldn’t deny her wish. In this episode, we will see Barkha and Adhik uses Pakhi’s innocence to create issues in Anupamaa’s life. Barkha attempts to come close to Pakhi. Adhik goes back to the Shah house to bring Pakhi’s clothes. Anuj spends some quality time with his daughter Anu. She dresses him up and he tears up seeing his daughter enjoying it. Anupamaa notices the two of them playing and joins them. Anu serves them all pretend food and drinks.

Later, Anu tells Anuj about the preceding incidents of the day when she almost got into an accident. Anuj gets angry at Anupamaa for not taking care of Anu but she stops him from blaming Anupamaa and Anuj instantly realises his fault. He also asks Anupamaa to keep Anu away from Vanraj’s negativity. Little does he know that the more he is trying to stay away from Vanraj, the more Barkha and Adhik are going to bring him closer to their lives to create issues for him.

Anupamaa shares her worries about Pakhi with Anuj. She also tells Anuj what Barkha is trying to achieve with Pakhi. Anuj advises her to comfort Pakhi and trust her so she doesn’t take any steps in anger. Anupamaa leaves to spend some time with Pakhi, who remains distant from her. Anupamaa tries to make her understand why she can’t stay with them for the night, but Barkha continues to interrupt. Adhik arrives at the Shah house to take Pakhi’s stuff. When Kavya packs her bag, Vanraj finds out about the truth. He confronts Adhik and asks him to leave.

Later, he gets angry at Kavya for letting Pakhi stay with the Kapadias. Kavya argues that it’s her mother’s house and Pakhi has the right to stay with them. Leela convinces Vanraj to go and bring Pakhi back. Vanraj leaves angrily.

In the next episode, we will see Vanraj’s outrage in Anupamaa’s house, following which Anupamaa will be forced to send Pakhi with her. Pakhi will grow resentment towards her mother for neglecting her because of Anu. Keep reading this space for more updates.

McDonald’s and Chick-fil-A both have a big problem. Only one has a solution