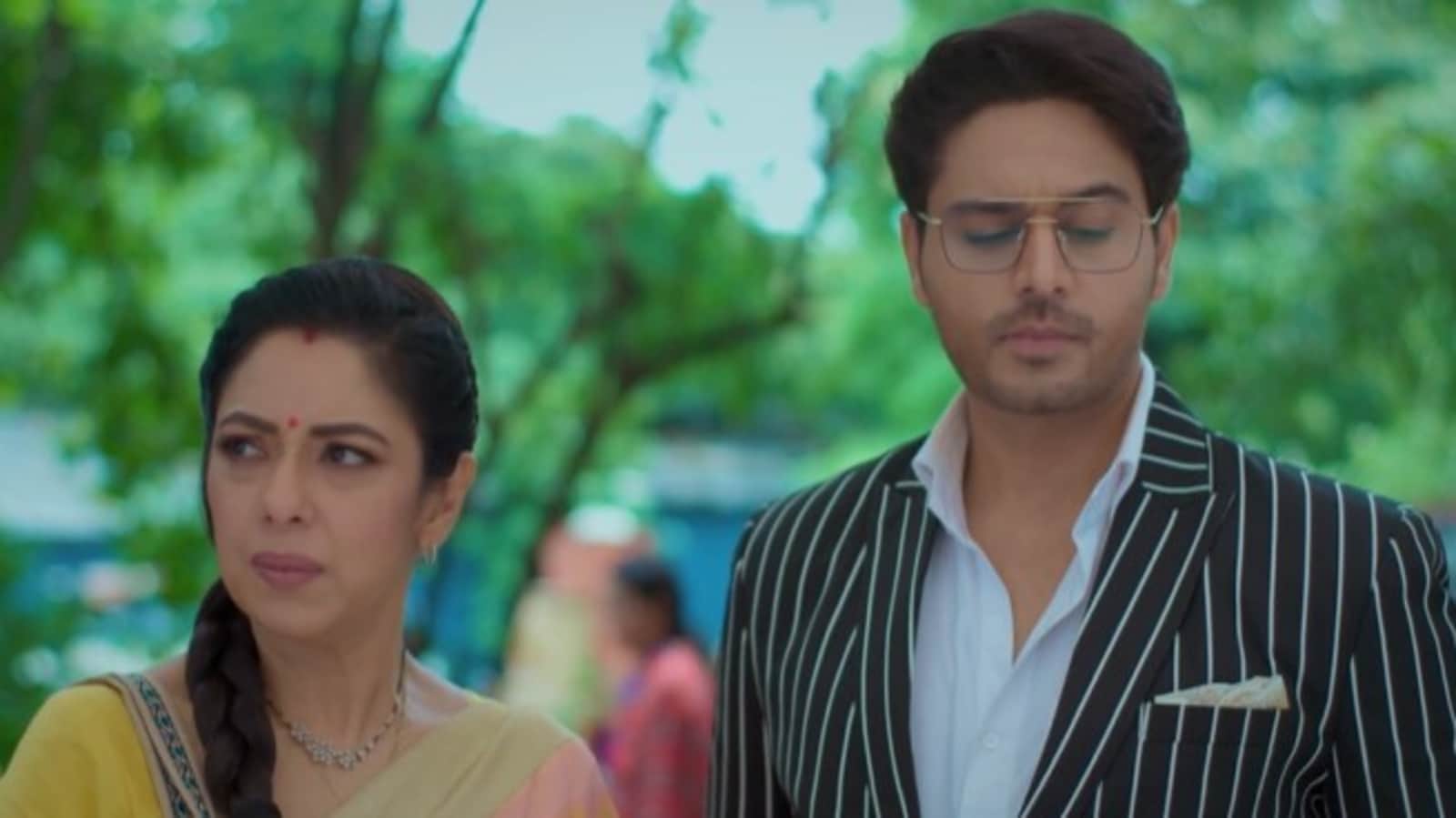 In the latest episode of Anupamaa, Anu suffers because of the tension between Anupamaa and Pakhi. Vanraj also gets annoyed by Anuj and Anupamaa’s decision. Ankush fears that Anuj has found out about their secret. Keep reading this article to find out more about the recent happenings in Anupamaa. (Also Read | Anupamaa written update July 19)

Tension between Anuj and Ankush

After Adhik’s advice, Barkha plans to please Anupamaa by showing her affection for Anu. She prepares breakfast and snacks for Anu and she gets elated seeing so many things to eat. Anupamaa also notices Pakhi calling Adhik who hides his phone from her so she can’t see their messages. Ankush suggests to Anuj that he should manage their new offices in Mumbai. Anuj gets taken aback by his suggestion and recommends Ankush to focus on his current project. To this, both Barkha and Ankush mention how he is used to multi-tasking as he did it all the time with their US business.

Anuj gets triggered by this conversation and asks if the US business had been so successful, why would they leave? Ankush and Barkha are shocked to hear his question. They fear if Anuj has found out the truth behind their US business failure. Anuj eases the tension by changing the subject as he doesn’t want to embarrass his brother. He leaves to get Anu’s admission done to Pakhi’s old school.

Pakhi plans on meeting with Adhik. Vanraj drops her to college and asks her to not break his trust. They meet Anuj and Anupamaa at the premises as Pakhi’s college campus and her school are in the same area. Pakhi is shocked on learning that Anupamaa wants Anu to join her school. She snaps at them and asks them to leave.

Anupamaa tries to convince her, but she doesn’t want to listen. Anu gets scared of her and hugs Anupamaa. Pakhi asks Anupamaa to choose between her new daughter and her old daughter. She threatens her that she won’t come to college if Anu starts going to the same school.

Vanraj also asks Anupamaa to take Anu to a different school as he doesn’t want Pakhi to suffer. He also gets irritated at Anupamaa for bringing Anu into their lives as now Kavya also wants to have a child. Anuj and Anupamaa get very upset seeing their reactions and Anuj decides to take Anu to another school.

In the upcoming episodes, we will see Kinjal waiting for Anupamaa at the hospital but she is unable to reach there. Vanraj blames Anupamaa for abandoning them because of her daughter, but there is a different reason for her absence. Keep reading HT highlights for more updates.