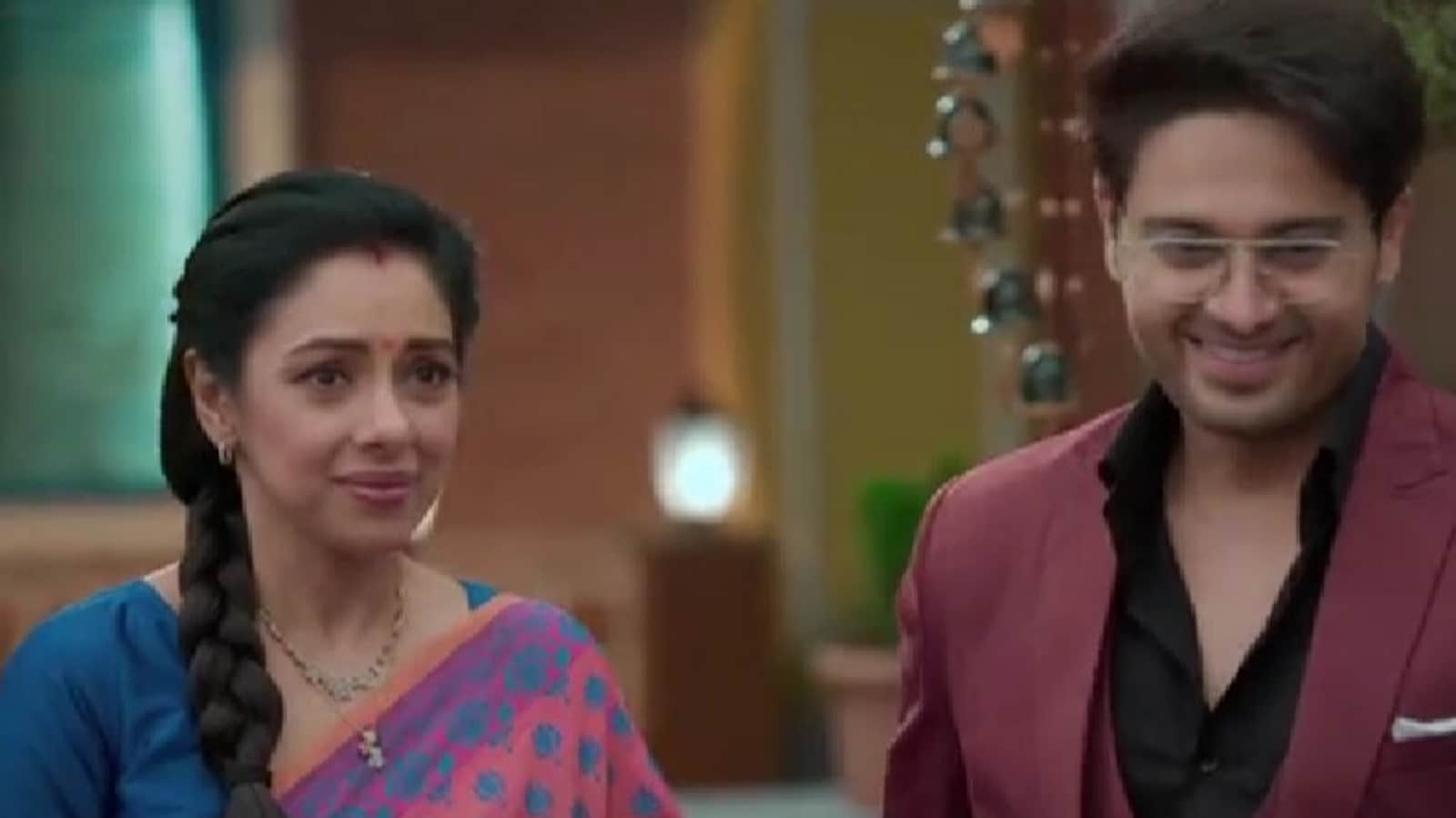 The previous episode of Anupamaa has been a shocker for the Kapadia family who just found out that Anuj and Anupamaa have decided to adopt their foster child, Anu. In this episode, this news will reach the Shah family and the reaction is not any better than the Kapadias. Read this article to know the full story. (Also Read | Anupamaa written update July 15)

After Anuj and Anupamaa introduce Anu to Anuj’s family, they decide to take Anu and meet the Shahs as well. Adhik informs Pakhi about all the development so the drama starts in the Shah residence. Vanraj and Leela get angry at Anupamaa for not informing them earlier. Toshu and Pakhi also feel averted to the idea of having another sibling. Toshu feels embarrassed about Anupamaa having a child at her age. The doorbell rings and Pakhi tells them that Anuj and Anupamaa have come to introduce them to Anu. Vanraj opens the door half-heartedly.

The moment Anuj and Anupamaa enter the Shah house, Anu immediately wins hearts with her charming personality. She calls Vanraj, ‘moustache uncle’, making everyone laugh. She also greets Hasmukh with respect and affection. Hasmukh appreciates Anuj and Anupamaa for adopting a beautiful child-like Anu. Kinjal, Samar, Pakhi, and Kavya also meet little Anu with love while Leela, Toshu, and Vanraj stand frowning. Anu sees a swing and rushes to it, pushing Kinjal on the way, causing the latter to stumble. Kinjal is saved from falling but Leela starts scolding Anu. Anupamaa protects her daughter and Anu apologizes to Kinjal who then takes her around the house.

Meanwhile, Vanraj asks Anupamaa to not bother explaining herself as they didn’t care about informing them earlier. Anupamaa gives a befitting reply to Vanraj and tells him not to worry about her and her family. At the Kapadia house, Ankush tells Barkha about the multimillion valuation of the Kapadia empire. He also tells her that Malvika has named everything to Anuj’s name and he is barely an employee. Barkha asks her to do something to get their share in the property and business.

Adhik steps into the discussion and says that if Ankush is not going to do something, he will. In the next episode, Anupamaa will angrily announce that she doesn’t care about anyone’s opinion. Pakhi and Toshu will feel jealous of Anu. Vanraj will make snarky remarks and accuse Anupamaa of being selfish. Keep reading HT highlights for more updates.

Meta Is Roping In AR Engineers From Apple, Microsoft: Report

Drive My Car Is One of 35 Movies on Mubi in April. See Full List