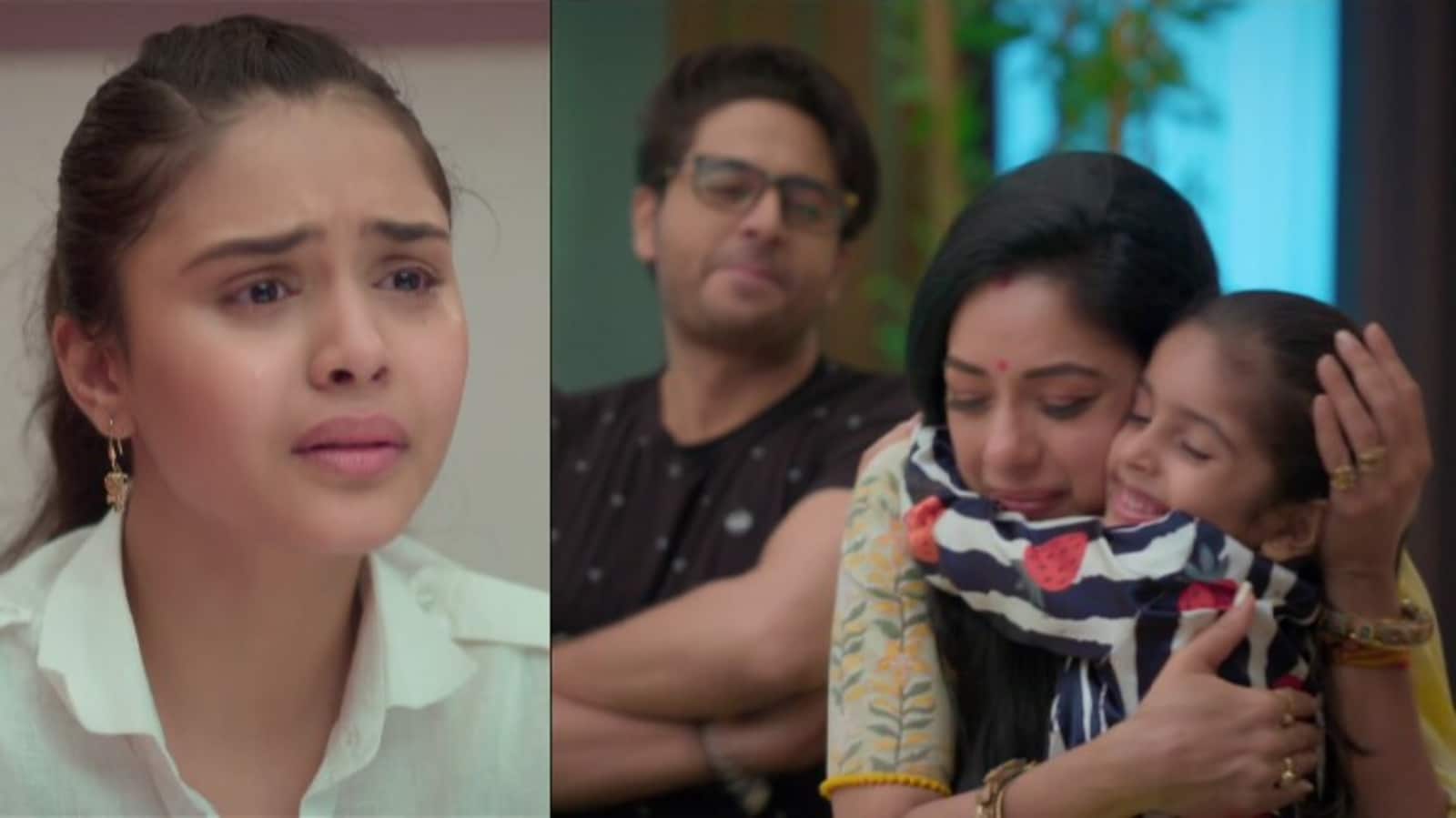 In the recent episodes, Pakhi not only belittled Anupamaa but also broke her heart with her insults. She also insulted Anuj and Kinjal, and hurt Hasmukh with her actions. In this episode of Anupamaa, she repents her behavior, and wants to apologise, but Vanraj prevents her from doing it for his own ulterior motives. Read the article to know the full story. Also Read| Anupamaa recap: Hasmukh scolds Vanraj and Pakhi for disrespecting Anupamaa

Kavya lashes out at Pakhi

Anupamaa has left, and Hasmukh has already expressed his anger and disappointment in his family. Kavya and Kinjal also lash out at Pakhi in the latest episode. Kavya said Pakhi was selfish, pathetic, and disgraceful for hating a mother who has done everything for her benefit. Kinjal also reminds Toshu how Anupamaa always stood behind him even at his worst time and today he discarded all her hard work. Toshu and Pakhi stand embarrassed.

Kavya and Kinjal also tell Pakhi and Toshu that even if they get into any problem today, the first thing they will do is call Anupamaa, but this time she won’t come. Pakhi runs away crying at this, after which Kavya also lashes out at Vanraj for the way in which he treated his ex-wife. She tells the Shah family that she will fulfill all her duties and take care of everyone but she won’t let anyone disrespect the way they did Anupamaa.

While the Shah family is in despair, Anupamaa is trying to enjoy her new life with Anuj and Anu. Anuj later discusses the recent incidents at the Shah house with Anupamaa. They both decide to never return back unless there is an emergency. Later, Anupamaa overhears Sara expressing her admiration toward her. Anuj and Anupamaa feel elated to have Anu and Sara with them, and forget about the rest of the problems for a while.

Back in the Shah house, Pakhi breaks out as she recalls her hurtful actions towards her mother. She cries for Anupamaa, and blames herself for pushing her mother away from her. Vanraj finds her crying and comforts her as she expresses her regret. She wants to apologise to Anupamaa but Vanraj discourages her because he doesn’t want the Kapadias to return to his house due to his own insecurities.

In the upcoming episodes, something horrible is expected to happen that can change Anupamaa’s life forever. Much more drama and entertainment are expected in the show. Stay tuned to HT highlights to remain updated.