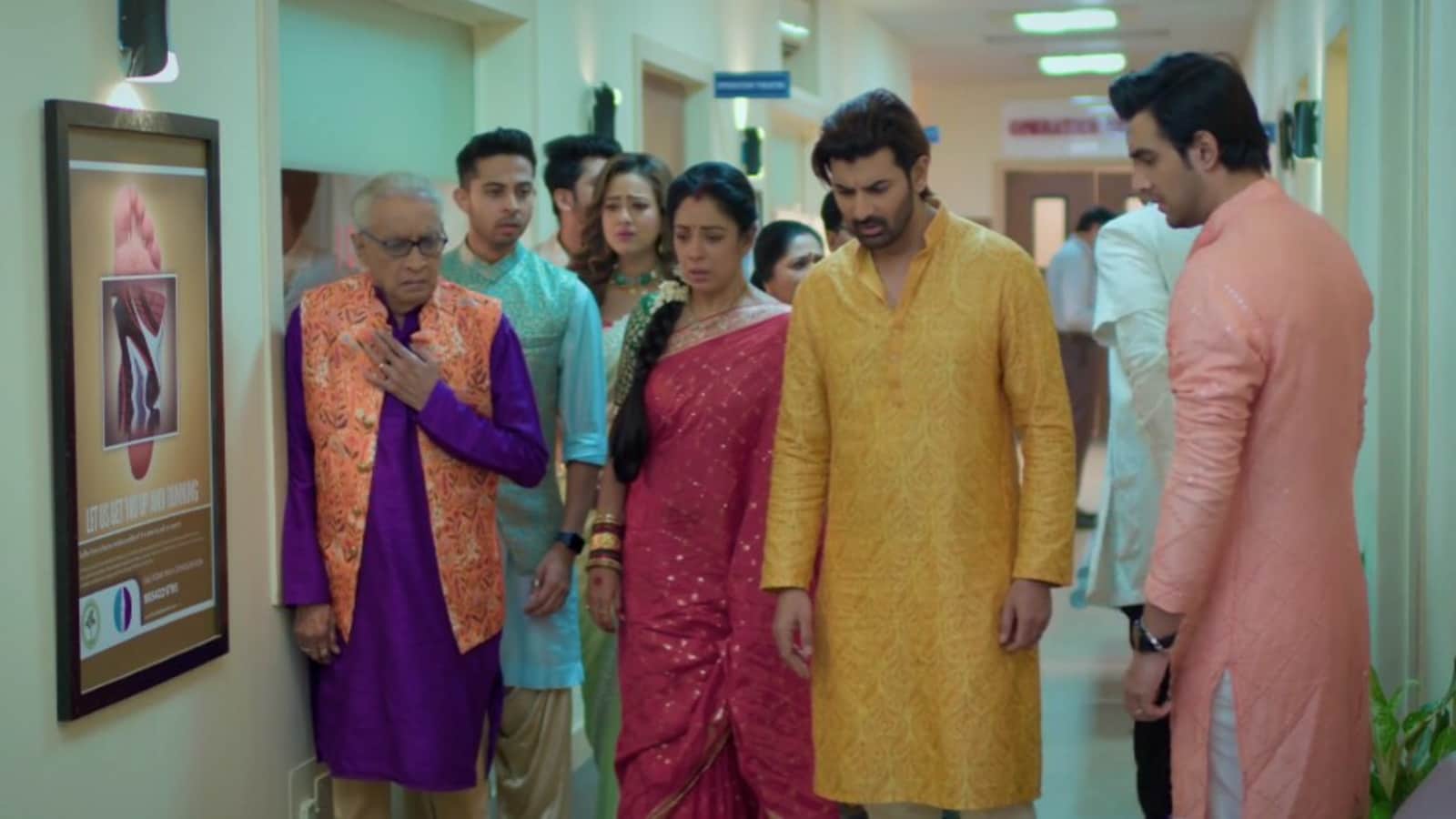 In this episode of Anupamaa, the Shahs and the Kapadias are still trying to come to terms with the accident that left Vanraj and Anuj critically injured. Meanwhile, Kavya comes out of shock and reveals that Vanraj and Anuj went to the cliff together and she suspects that Vanraj may have pushed Anuj off. Vanraj responds well to the treatment provided by the doctors, but Anuj is still struggling. Keep reading the full article to know more. Also Read| Anupamaa recap: Anuj and Vanraj fight for their lives in hospital

Little Anu has a dream

The doctor informs the Shahs and Kapadias that Anuj and Vanraj’s condition is still critical, but they are being shifted to the ICU. Little Anu dreams that Vanraj and Anuj return home with a clean bill of health and are playing with her, forgetting all their past differences. Pakhi, Kinjal and Dolly notice Anu smiling as she is dreaming and say they hope that it is a good dream. Anu then wakes up calling for her mummy and papa, but Dolly manages to comfort her and put her back to sleep.

Anupamaa receives some bad news from the doctor

Anupamaa watches Anuj via the ICU’s glass window and recalls the moments she’s had with her husband throughout their marriage. The Shahs and Kapadias join her and reminisce about their quality family time together. Samar Prays for Vanraj and Anuj and notes that Hasmukh is right about the fact that when a person is in the hospital, they are not rich or poor, but just patient. Anupamaa agrees and remarks that in the hospital, one’s status is of no use, as they all are at God’s Mercy.

The Doctor then comes out of the ICU with some good news and bad news for the Shahs and Kapadias. Vanraj is responding well to the treatment provided for his injuries but Anuj is not and his condition is critical. Kavya is suspicious of her husband’s intention of taking Anuj with him up to the cliff. She feels that Vanraj and Anuj shouldn’t have gone to the cliff as she knew something would go wrong. She reveals that she got suspicious about their meeting when Vanraj didn’t pick up her call, which is why she followed Anuj to the cliff where she saw both him and Vanraj standing at the cliff’s end.

She didn’t shout fearing that they may slip and fall and rushed towards them, but her Sari got tangled in the bushes. By the time she untangled herself, she couldn’t find either Vanraj or Anuj and then decided to call the police. This revelation by Kavya creates a conflict between Ankush, Leela, Samar, and Toshu and they started arguing about whether Vanraj could have done it. Adhik chimes in that when Vanraj is angry, he isn’t in his senses. Anupamaa requests them to stop the argument and avoid creating their own stories as to what happened. Instead, she blames all of the happenings instead on the differences between the families.

In the upcoming episodes, find out what happened between Anuj and Vanraj that led to this horrible accident. Also, read more to know if the doctors will be able to save Anuj’s life or not. Keep watching this space for more updates.