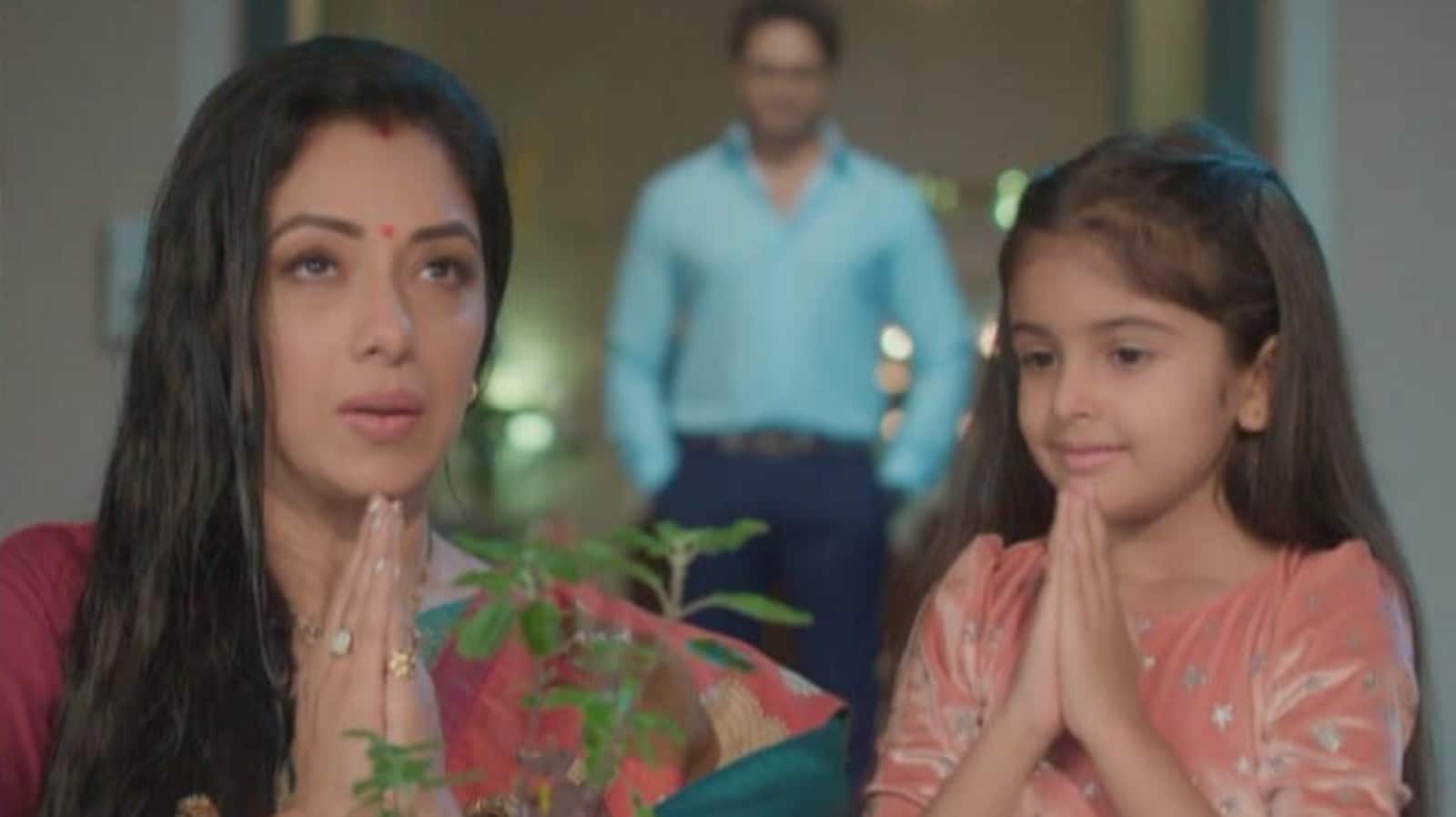 Ever since Anupamaa married Anuj, she has been struggling to manage her two families and the many responsibilities that come with it. In this episode of Anupamaa, she fears losing it all but Anuj comes to her rescue. Read this article to learn the full story:

After Pakhi’s breakdown in the previous episode, Vanraj comforts her and apologises to her for his anger. He assures her he will always be by her side and be the best father he can, but he will need her support. He gets emotional expressing his worry for his family. Pakhi apologizes to him and promises him that she will not upset him again. What comes as shocking is the fact that Pakhi still believes that Anupamaa has abandoned her for her new daughter and she doesn’t love her anymore. Kinjal tries to argue but Pakhi is not ready to listen. Vanraj doesn’t try to change her mind. Also read: Paras Kalnawat says joining Anupamaa shoot 4 days after father’s death was ‘toughest moment’ of his life

Later, we see Kavya expressing her disagreement with Vanraj that Anupamaa has left her children. She tries to convince Vanraj to talk with Pakhi but he is not ready to take Anupamaa’s side. Even when Anupamaa calls Pakhi to comfort her, he doesn’t mention Pakhi’s misunderstandings and taunts her for not being there. Anupamaa, who is already anxious about the day’s incidents, gets even more worried about her children. Keep reading to find out what happens next.

Back in the Kapadia house, Ankush enquires if Anuj and Anupamaa are alright. Barkha continues to increase the tension between Anuj and Anupamaa. Ankush apologises to Anuj on Barkha’s behalf. Later, he also yells at Barkha and Adhik for their actions of manipulating Pakhi. Barkha realises her mistake but Adhik still believes that he will be able to use Pakhi for their benefit.

What will he do next to create more issues in Anupamaa’s life? Stay tuned to know more. On the other hand, Anuj comforts Anupamaa and they both share a moment of peace with each other after a long and dramatic day. Anupamaa gets a nightmare of losing her family, but Anuj comes to her rescue. Subsequently, she fears that even Anuj would leave her. Anuj assures her that he will always support her and keep both her families together.

In the upcoming episodes, Anupamaa’s struggle will keep on rising and so will the entertainment on the show. Pakhi will leave no stone unturned to humiliate her mother, but it will be interesting to see how Anupamaa’s other daughter Anu will come to her aid. Keep reading HT highlights for more updates.

Toddler pretends to be ‘invisible’ when it’s time for bed. Watch cute video