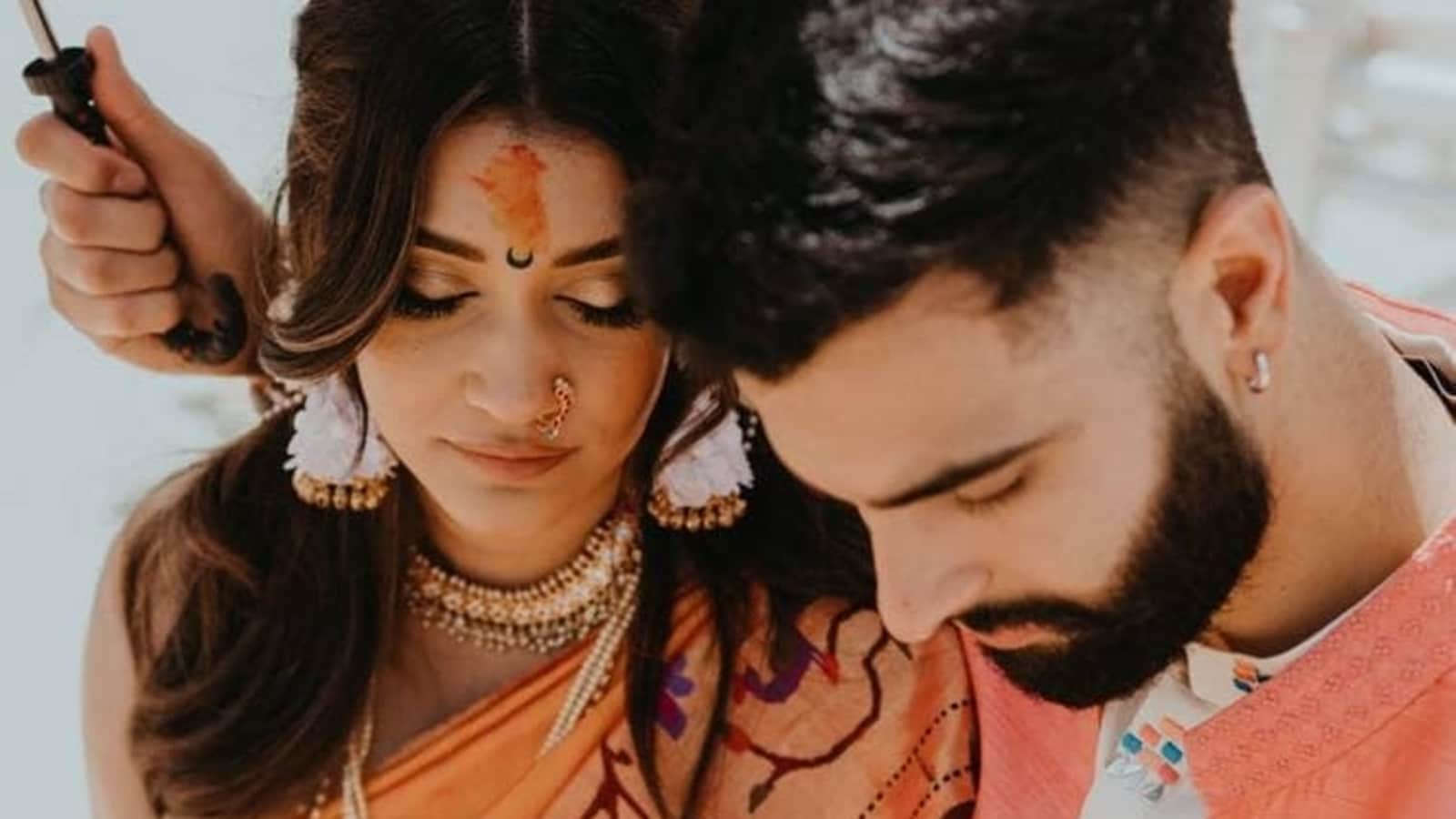 Ankur Rathee and Anuja Joshi married in the UK. The couple dated for almost 10 years before tying the knot in a picturesque ceremony, surrounded by friends and family.

Actors Ankur Rathee and Anuja Joshi married on Wednesday. The couple got engaged in 2020 and were in a relationship for around 10 years. A series of pictures and videos from their wedding were shared online. Also Read: Ankur and Sonia Rathee on oscillating between the meaningless & the meaningful

The couple married in the English countryside around the British Isles, as per reports. The wedding was attended by their close friends and family. There were around 200 guests at the wedding. In one picture shared, the couple is seen looking into each others’ eyes.

Their fairytale wedding took place at Hawkstone Hall, an early 18th-century country mansion near Hodnet, Shropshire. According to a report by Indian Express, at the wedding, Ankur arrived in a “horse drawn carriages.”

Anuja spoke about their relationship in a 2020 media interaction. She said, “We met as co-stars on a short film in New York City. It was a tribute to 100 years of Hindi Cinema and was directed by Siddhi Sundar (NYU) and Raashi Desai (SVA). We spent the majority of the shoot schedule together, and loved every minute of getting to know each other, doing what we both are so passionate about. At the time we were young college students who had aspirations of working in the entertainment industry as full-time professional actors. One baby step in front of the other, followed by some gigantic leaps and hurdles, and here we are.”

Ankur is known for working on shows like Sony’s Undekhi, Voot’s Brochara, Netflix’s Eternally Confused And Eager For Love, and Amazon Prime shows Inside Edge Season 3 and Made in Heaven. He has also appeared in films like Thappad, The Tashkent Files, and Taish.

Anuja is the daughter of actor Master Alankar, and niece of actor Pallavi Joshi. She has appeared in shows such as MX Player’s Hello Mini and The Resident on Fox.

A drone expert explains the challenges startups will face with drone based deliveries- Technology News, Firstpost

Anupamaa written update May 31: Anupamaa and Anuj meet someone special in Mumbai’s orphanage