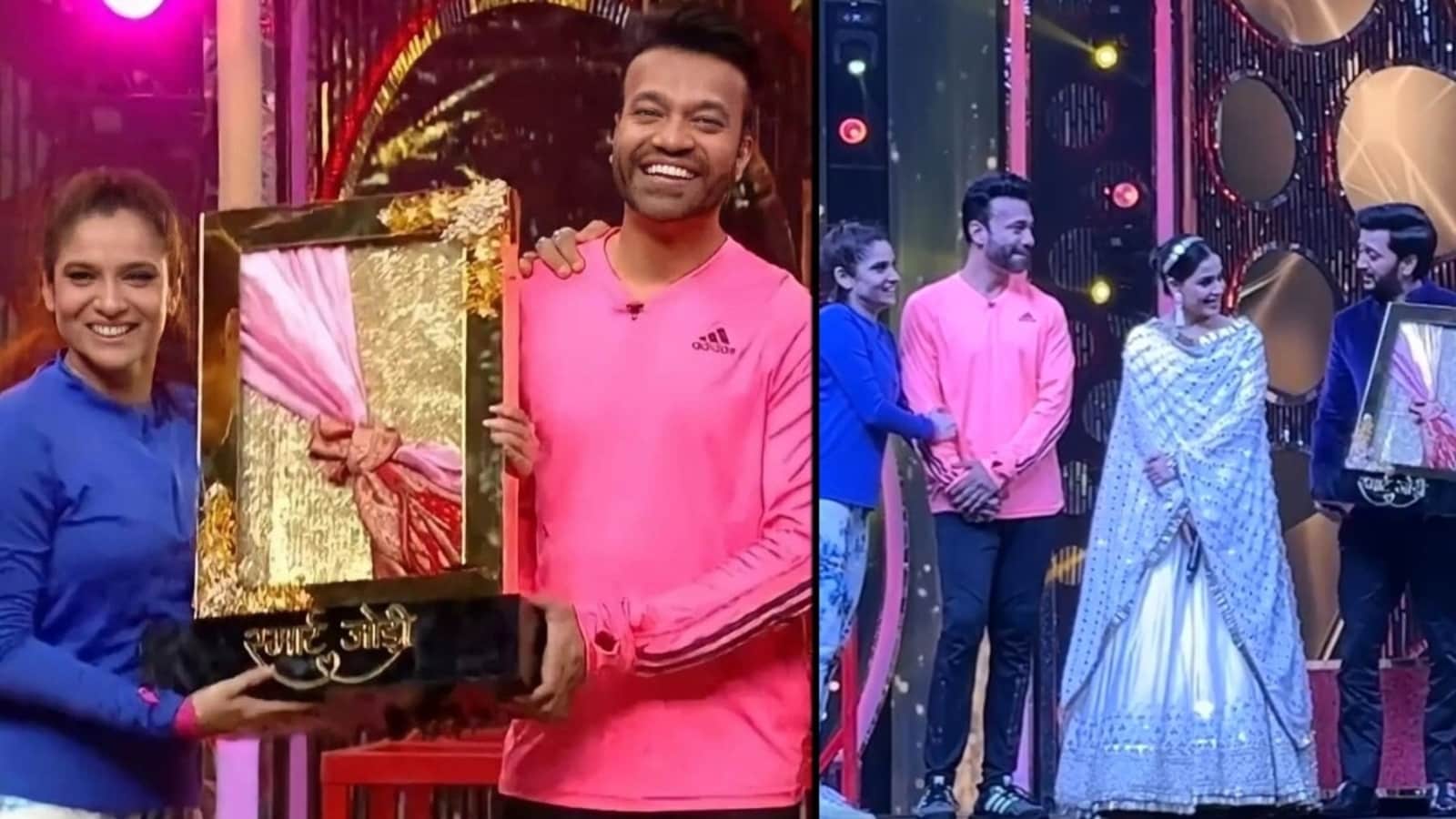 Actor Ankita Lokhande and husband Vicky Jain have won reality show Smart Jodi. The couple participated in the show days after tying the knot and went on to take home the ‘golden gathbandhan’ trophy and ₹25 lakh cash prize. Balraj Syal and Deepti Tuli were declared runners up during the grand finale. Also read: Ankita Lokhande says long-distance relationship has become more difficult after marriage: ‘I want him to be with me’

After winning the show, Ankita shared a video of their winning moment on her Instagram account. They were presented the trophy by Riteish Deshmukh and Genelia Deshmukh, who are counted among the most beautiful couples in Bollywood. Ankita jumped with joy as she received the trophy along with Vicky. Sharing the video, Ankita wrote, “Look how far we’ve come my baby. We are meant to be. We were meant to Make It Large. #anvikikahani.”

After the finale episode, Ankita opened up about participating with Vicky who is not an actor or dancer like her. She told ETimes in an interview, “He was very good on the show. I also learnt that Vicky shares the same competitive spirit like me, and in fact, he is better than me. I thought Vicky would be camera-shy, but he was a perfect entertainer, lovable and could even outshine me in many ways. Both of us are fit and communicate well, too.”`

She also said, “We won the show because we were real,” and added that it gave them the opportunity to spend more time together as Vicky usually spends time in Bilaspur due to work assignments.

The show went on air on Star Plus and Disney+ Hotstar in February this year. Among other contestants were Arjun Bijlani-Neha Swami, Bhagyashree-Himalaya Dassani, Balraj Syal-Deepti Tuli, Neil Bhatt and Aishwarya Sharma, Natalya Ilina and Rahul Mahajan, Pallavi Shukla and Ankit Tiwari, Monalisa and Vikraant Singh, Krishnamachari Srikkanth and Vidya and Gaurav Taneja and Ritu Rathee.