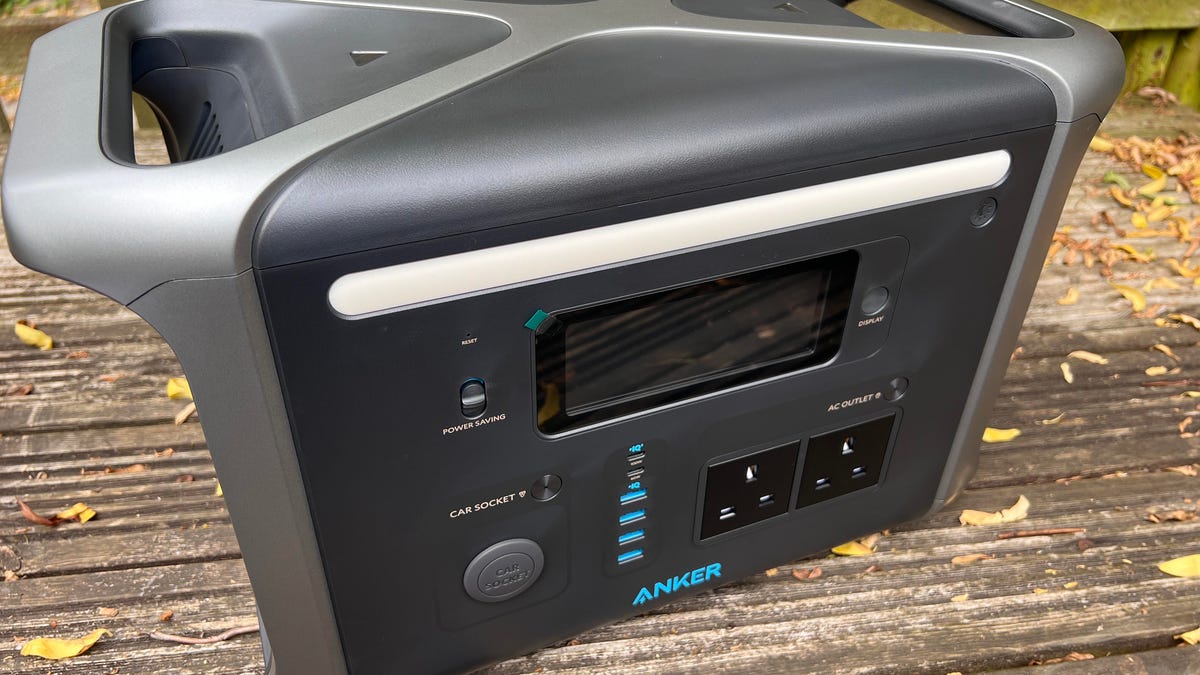 Now, not everyone needs a power station, but I’m surprised as to how flexible they are and how many people who initially didn’t think they needed one have gone on to buy one after having some hands-on time with mine.

Who might find these handy? Campers, anyone needing a portable office when traveling, professional photographers, videographers, and drone operators who need power when outdoors, and those who want a backup power supply in case the lights go out are a good few examples.

Also: Using the wrong USB-C cable can damage your tech. How to avoid that

Some power stations are so big they need to be rolled around on wheels. Others are small and can be carried about with ease.

Some fall in the middle.

And this is exactly where the new Anker 757 Powerhouse fits. Big enough to offers lots of power and port options, but not so big that you feel like you need to warm up before moving it.

Note that the version I’m testing is the UK version, but the differences are mostly down to the outlets and the AC power outputted.

First off, it feels really solid. The inclusion of the aluminum frame (which Anker say is “automotive grade”) seems to give this pack a great deal of stability and rigidity. There’s no bending or flexing or looseness, something which I’ve encountered with some power stations.

I love the carry handles too. While I wouldn’t want to carry it too far, Anker put thought into these handles. They’re nicely ergonomic and distribute the weight of the power station well.

Another thing I like about the 757 Powerhouse is the simplicity. It has a large, clear, easy-to-read display, and there are a few buttons, and that’s it.

While some people like all the bells and whistles of buttons and loads of on-screen information, and maybe even app control, for those that want an easy-to-use device — maybe something they’re going to turn to when the power goes out or when they’re off-grid, then simplicity will be a bonus.

It’s enough to recharge a smartphone almost 100 times, or a laptop at least a dozen times, or run a 40W CPAP machine for 24 hours, or run a 1000W coffee maker for an hour, or run cordless power tools such as drills or chainsaws for at least 30 minutes.

There’s a 100W and 60W USB-C port on the front, along with a selection of USB-A ports, so all your devices are covered.

And there’s a 12V car socket capable of outputting 120W of power.

As you’d expect, there are cooling fans built into the 757 Powerhouse, but these are pretty quiet in my experience, and would be pretty unobtrusive to most people.

And there’s a soft-glow warm light LED strip on the front, which has three power settings and the ubiquitous SOS mode.

So far, I’m loving the Anker 757 Powerhouse. It’s well thought out, not overly complicated, built with ergonomics in mind, and packs quite a lot of power.

At $1399.99, it’s not cheap (on Amazon.com there’s currently a $100 off offer), but this is not the sort of thing you want to cheap out on. Anker has a fantastic track record when it comes to making quality products and giving people what they need.

This could very well be the perfect power station.

Turning Red Movie Review: Growing Pains for Pixar in Finding the Next Gen