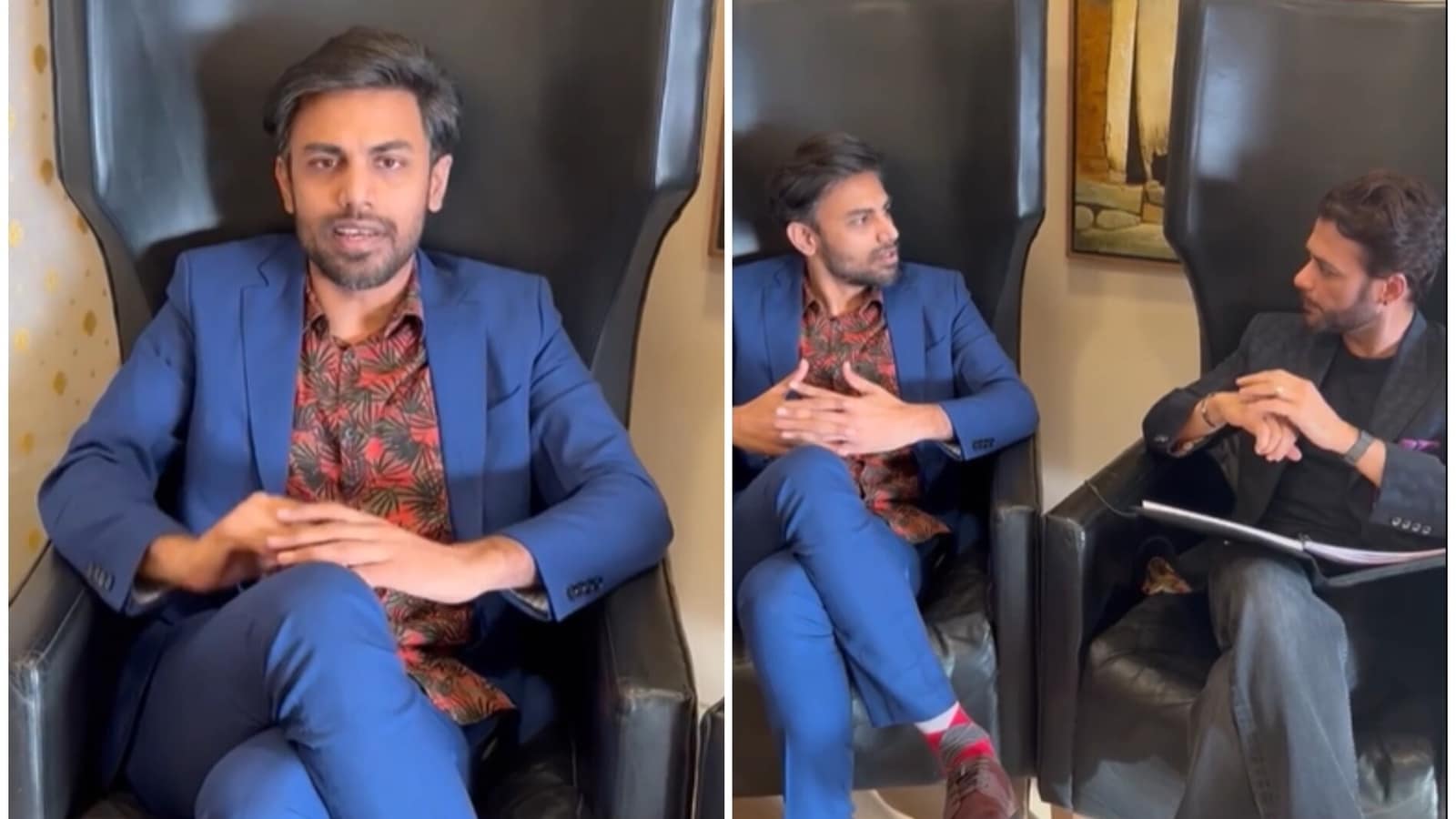 Comedian Biswa Kalyan Rath shared yet another video of him imitating Shaadi.com founder and CEO Anupam Mittal, who appears on Shark Tank India. Biswa mimicked Anupam rejecting a fictitious deal on Shark Tank India, only to be interrupted by the business tycoon himself.

“Aapka company mujhe bohot achcha laga aur aapka product bhi mujhe bohot kamaal ka laga. Lekin mere paas Fevicol nahi hai toh main aapke saath nahi jud paunga (I like your company and your product. But I don’t have glue so I will not be able to attach myself to you),” Biswa said in Anupam’s style.

However, Biswa was interrupted by Anupam himself, who angrily asked, “Kya hai? Tumhare sir pe keel thok ke deewar pe jod de tumko? Tum ho kaun, bhai (What is it? Should we nail your head to the wall and ‘attach’ you? Who are you, dude)?”

Sharing the clip on Instagram, Biswa wrote, “Comments main batao (Tell us in the comments) who is the real Anupam Mittal,” and added a bunch of angry emojis. boAt co-founder and Chief Marketing Officer Aman Gupta, who also features as a ‘shark’ on Shark Tank India, commented, “Haha… Will be fun to watch. Looking forward…”

Fans reacted to the video. “Anupam Shaadi.com Mittal is real for sure. Plus, that husky voice is the proof,” one wrote. “Anupam ‘200 companies mein invest kar chuka hoon (I have invested in 200 companies)’ Mittal,” another said, referring to Anupam’s claim on Shark Tank India. “Should we call him the Farhan Akhtar of the business world?” one Instagram user asked.

Also see | Aman Gupta reacts as Biswa imitates Anupam Mittal, pokes fun at their exchange on Shark Tank: ‘Who is this man?’

On Thursday, Biswa shared a video in which he imitated Anupam, which also featured the business tycoon as an interviewer.

Anupam is currently seen as a ‘shark’ on Shark Tank India, a show on Sony Entertainment Television where entrepreneurs pitch their business ideas to a panel of highly successful entrepreneurs and seek their investment.

When Munawar Faruqui slammed Kangana Ranaut on Twitter before Lock Upp, called her out for hiring sister as manager