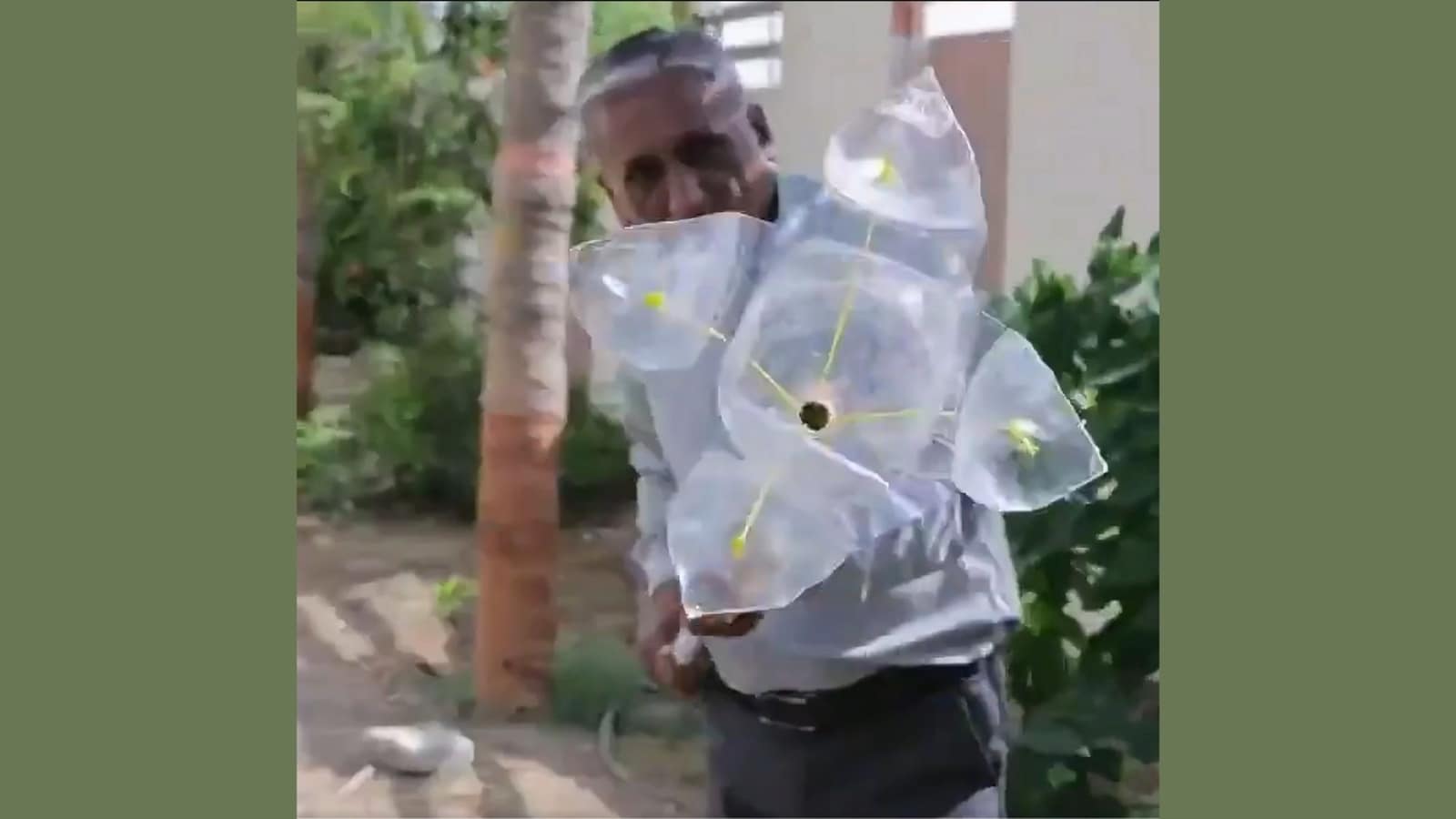 Industrialist Anand Mahindra is an avid Twitter user, and his feed on the platform is a gold mine of intriguing images and videos. Just like this video where he showers praise for a man who shows how to make a DIY fruit plucker from scrap.

“Not an earth-shattering invention. But I’m enthusiastic because it shows a growing culture of ‘tinkering.’ America became a powerhouse of inventiveness because of the habit of many to experiment in their basement/garage workshops. Tinkerers can become Titans of innovation,” Anand Mahindra captioned the video posted on Twitter.

Not an earth-shattering invention. But I’m enthusiastic because it shows a growing culture of ‘tinkering.’ America became a powerhouse of inventiveness because of the habit of many to experiment in their basement/garage workshops. Tinkerers can become Titans of innovation. 👏🏼👏🏼👏🏼 pic.twitter.com/M0GCW33nq7

Since being shared a day ago, the video has over 27,100 likes and over 3,700 retweets. Some people were reminded of the Netflix series Stranger Things. They shared how the tool resembles the monster from the series.

“Brilliant invention… I will definitely do this DIY, though the last shot where he grabs the food looked like Stranger Things monster,” posted an individual with a laughing emoticon. “Looks more like a @Stranger_Things character,” joked another.

The video has also prompted people to share their thoughts in the comments section. While some praised the innovation, some pointed out how it isn’t new.

“In a campus interview my daughter was asked different uses of an empty plastic bottle except filling it up. .. she could tell a few… but this is extraordinary… I am surely making one to pick fruits from my garden,” commented a Twitter user.

“The best inventions are the most simple. And they look like they are always been there! #India can become the innovation country of the world if we keep pushing and ‘grabbing’ in this manner!,” expressed another. “Sir! We really appreciate your kind encouragement, but this fruit picking technique has been in internet circling since 2014, definitely not Indian invention,” posted a third.

What are your thoughts on the DIY fruit plucking tool?