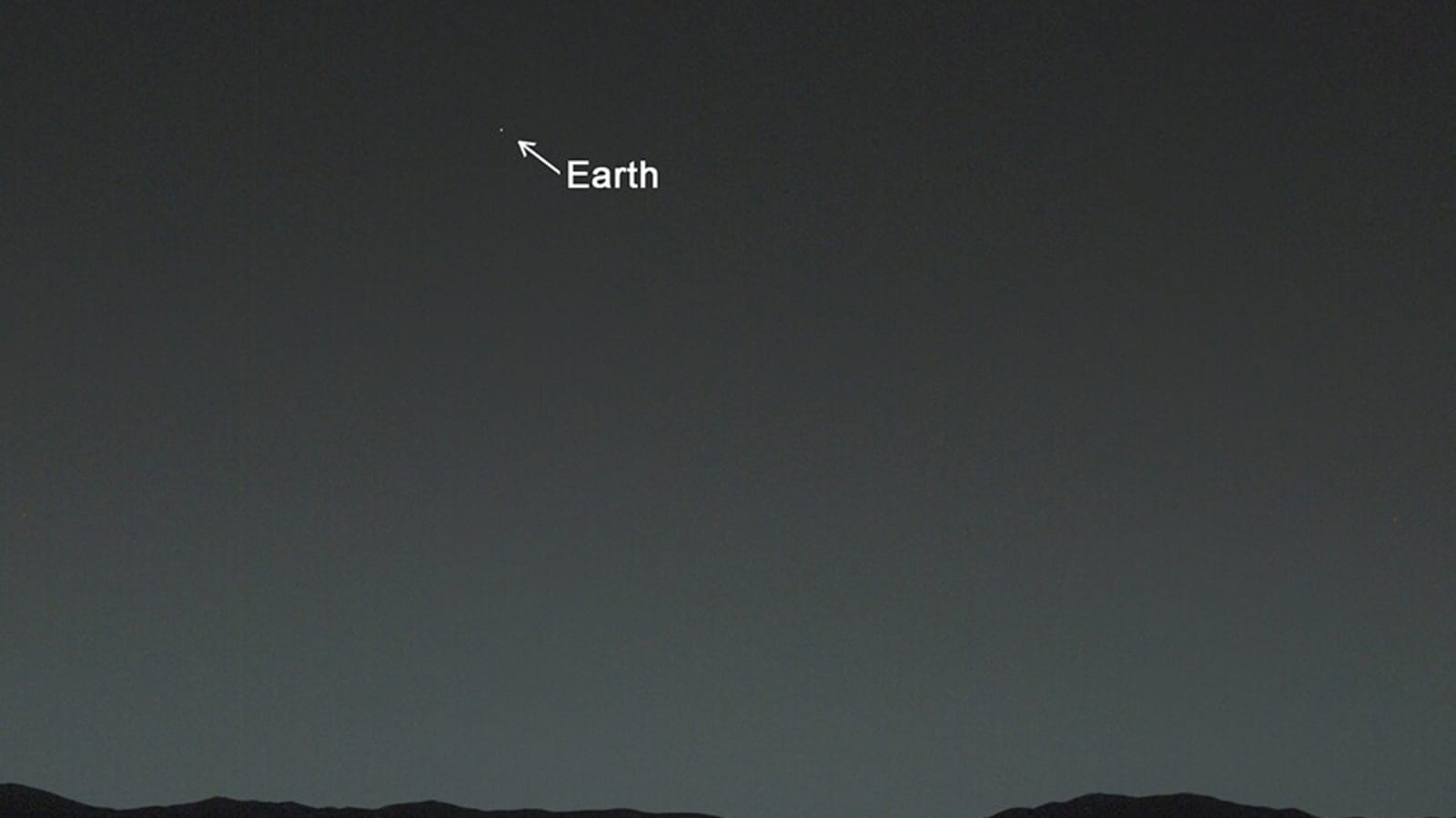 A picture of Earth taken by NASA’s Curiosity rover from the surface of Mars has intrigued Anand Mahindra. Taking to Twitter, the industrialist re-shared the picture and also wrote what the wonderful image should teach us.

He re-posted the image which was shared on a Twitter handle called Curiosity. “This amazing photo was actually taken from Mars. Yup, the planet Mars and that tiny star-like white dot there is our beloved Earth! NASA,” they wrote.

Mahindra re-posted the image with a wonderful tweet. “If there’s just one thing this photo should teach us….it’s humility…,” he shared.

“This photo from NASA’s Curiosity rover shows the Earth as seen from the surface of Mars, shining brighter than any star in the Martian night sky. Earth is the bright point of light a little left of the image’s center and our moon can be seen just below Earth. Curiosity, which landed on the red planet on August 6, 2013, is the largest and most advanced rover ever sent to Mars. It studies the geology of its surroundings and has found evidence of a past environment well-suited to support microbial life,” reports a blog by Nasa. “When Curiosity took the photo, Earth was about 99 million miles (160 million kilometers) from Mars,” it further explained.

Take a look at the post Anand Mahindra shared:

The post was shared on July 21. Since being posted, the tweet has accumulated more than 4,700 likes and the numbers are only increasing. The share has also prompted people to post various comments. “Sir, you describe entire universe in just one sentence, that’s tinny dot shows what we are,” commented a Twitter user. “Yes. Humility,” expressed another. “We are just a small speck of dust in this entire universe!” wrote a third.

New iPhones and iOS 16 are poised to get to Always On display and other cosmetic changes- Technology News, Firstpost