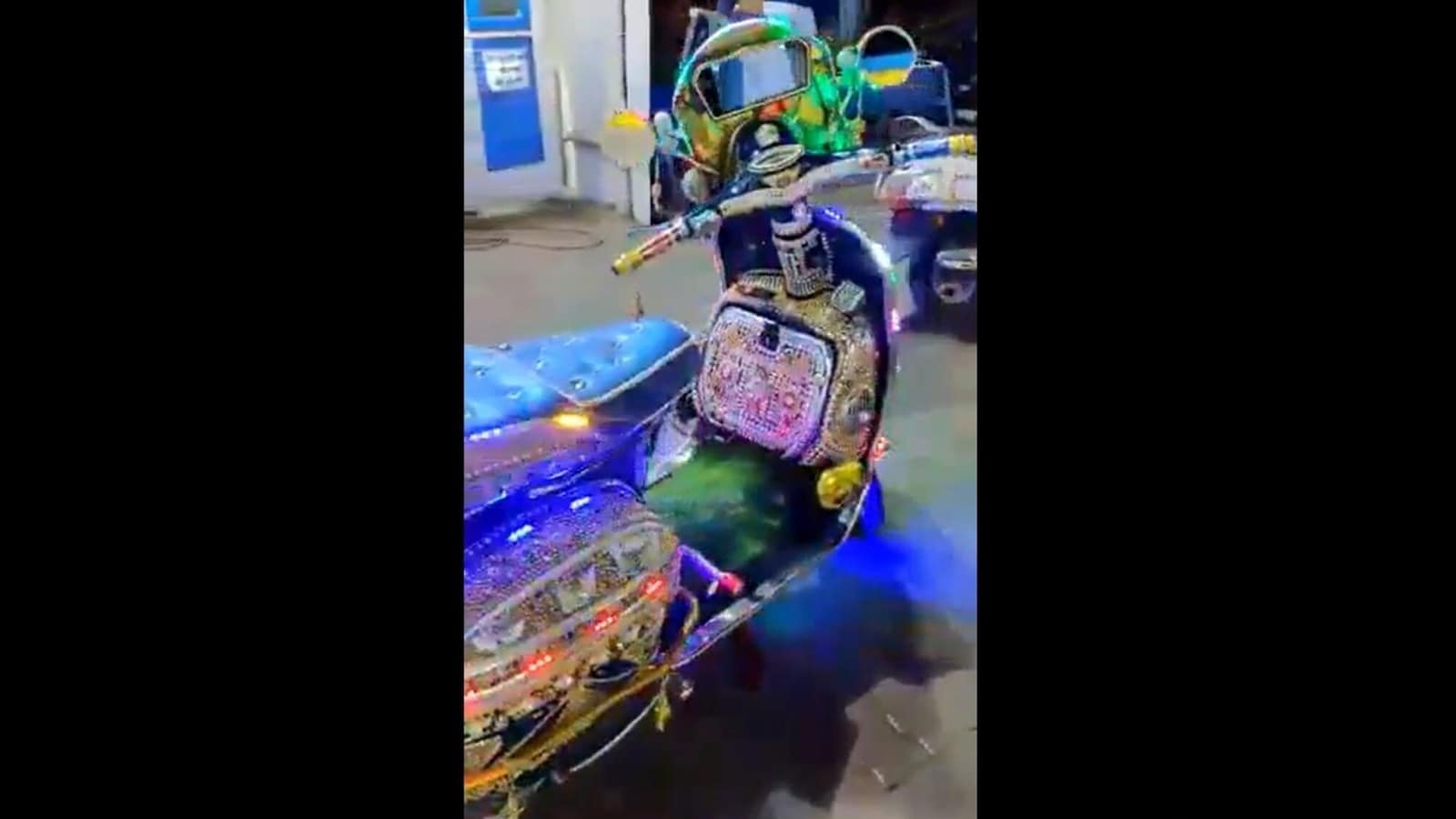 The video has been shared by Anand Mahindra that shows a striking musical scooter parked at a petrol pump.

“Life can be as colourful and entertaining as you want it to be…,” wrote Anand Mahindra while sharing a video of a striking musical scooter with the hashtag #OnlyInIndia. The video shared by the business magnate opens to show a beautifully decorated scooter parked at a petrol pump in India. It progresses to show a smartphone attached to the scooter just above the headlight playing the song Chup Gaye Sare Nazare from the 1969 film Do Raaste.

The video was shared a day ago. Since being posted, it has received more than 2.99 lakh views and more than 16,300 comments. The share has also received varied comments.

“Amazing Art, I saw cars be decorated like this in marriage in Jaipur,” shared a Twitter user. “Perfect for a date, specifically for empty roads in valley,” expressed another. “With this much decoration, it might replace horse in baraat (wedding procession),” joked a third. “My goodness, never seen such a beautifully decorated scooter!” commented a fourth.

What are your thoughts on this video of a striking musical scooter shared by Anand Mahindra?