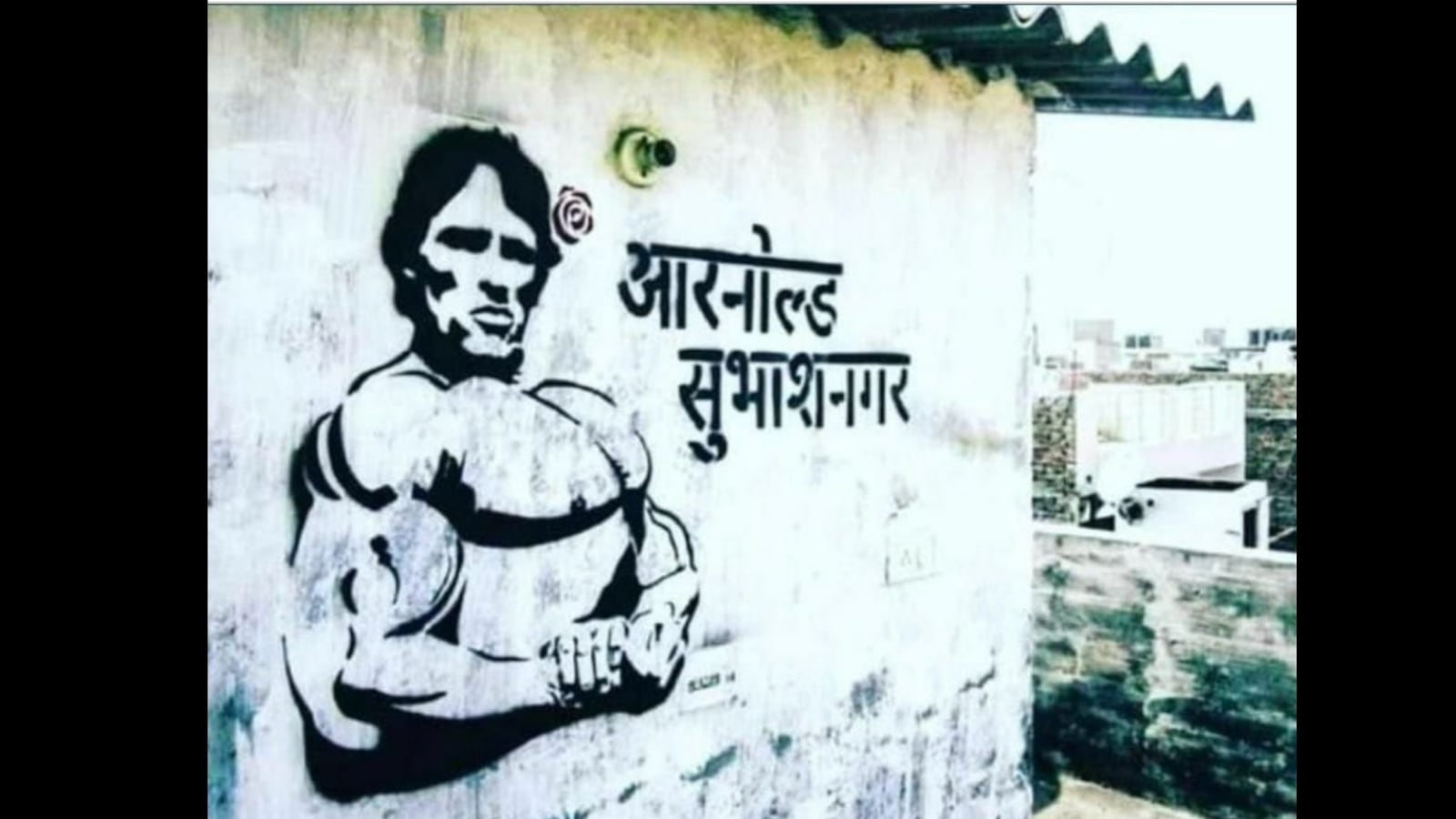 Industrialist Anand Mahindra is known for his wit and humour on Twitter and his tweets sometimes leave his followers in splits. In his latest share, Anand Mahindra posted a photo of a wall graffiti portraying actor and former California governor Arnold Schwarzenegger. But what grabbed netizens’ attention was the name written on the mural. The name was a desi twist to the actor’s surname Schwarzenegger as it was written as Arnold Subhashnagar in Hindi.

Anand Mahindra posted the tweet on June 16 and it has received more than 9,000 likes so far. “This is the ‘Great Indian Funnel.’ We adopt everything and everyone & give them Indian Avatars! हमपूरी दुनिया को अपनाते हैं. (And I wonder why I used to try so hard to pronounce ‘Schwarzenegger’ when I could have just called him Mr. Subhashnagar..)” Anand Mahindra wrote alongside the photo.

This is the ‘Great Indian Funnel.’ We adopt everything and everyone & give them Indian Avatars! हम पूरी दुनिया को अपनाते हैं. (And I wonder why I used to try so hard to pronounce ‘Schwarzenegger’ when I could have just called him Mr. Subhashnagar..) pic.twitter.com/zqOZN05k2N

The tweet tickled the funny bone of netizens and got several comments.

“I had similar problem with William Dalrymple so I chose dharampal,” commented a Twitter user to which the historian also replied. “I occasionally explain it Dal Ram Pal, but Dharampal is even better,” commented the Scottish historian.

“This is the limit of Indianization. I had read a Marathi story where James Bond was Indianized as ‘Janu Bande’,” posted another user. “This is so cool! I have seen Arnold’s photo prominently displayed across many gyms in India and elsewhere, it also speaks volumes about the impact he has had on body building worldwide. Khud ko kya Arnold samzata hai kya? Used to be a Common tagline in gyms,” shared another individual.

The moniker Arnold Subhashnagar was created when in a spoof video, a woman named mrs_rajeshwari on Instagram was heard pronouncing his name as such after reading it from a blackboard. The video had gone viral in June 2019.

What do you think about this funny post by Anand Mahindra?

How we stopped communicating like animals: 15 ways phones have evolved

What is the official anthem of the T20 World Cup titled?