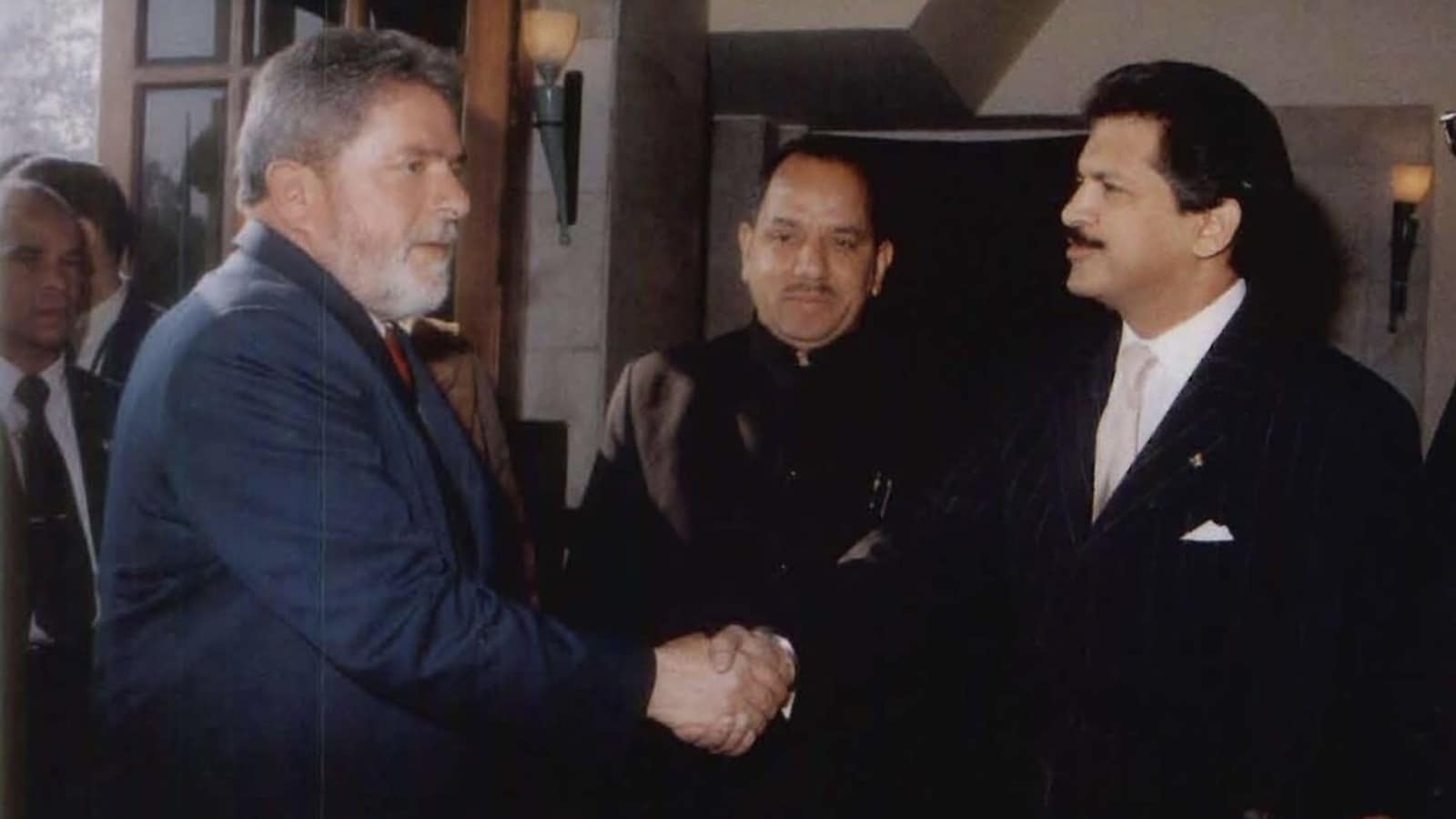 Anand Mahindra is an avid Twitter user known for sharing witty and funny posts that resonate with his 9.9 million followers and go viral in no time. Alongside these, he also tweets throwback pictures giving people a sneak peek into his life. The industrialist now took to Twitter to share a throwback photo with Brazil’s next President Lula, and posted that his election to the top post has taken him down memory lane. He also calls Lula a ‘people’s man’ and a ‘fascinating storyteller’.

“The election of Luiz Inácio Lula da Silva @LulaOficial as Brazil’s next President rekindled warm memories of having hosted him in India in 2003 while I was President of CII. A people’s man, he was a fascinating storyteller, full of tales of his life experiences and struggles,” wrote Anand Mahindra while sharing the picture with him on Twitter. In the photo, Anand Mahindra is seen shaking hands with Lula. The picture was taken when Mahindra was the President of CII and hosted him in India in the year 2003.

For the unaware, Luis Inacio Lula da Silva, popularly known as Lula, defeated incumbent Jair Bolsonaro in the presidential runoff election on October 30 to become the 39th president of Brazil. He will take up office on January 1, 2023. Lula previously served as the 35th president of Brazil from 2003 to 2010.

Take a look at Anand Mahindra’s throwback pic with Brazil’s President-elect Lula below:

The election of Luiz Inácio Lula da Silva @LulaOficial as Brazil’s next President rekindled warm memories of having hosted him in India in 2003 while I was President of CII. A people’s man, he was a fascinating storyteller, full of tales of his life-experiences & struggles. pic.twitter.com/yOaXCwGR23

Since being shared a day ago on Twitter, the tweet has received more than 1,880 likes and several comments.

“Sir, you look like a villain from 2000s Bollywood movies,” posted an individual. “Picture perfect,” wrote another. “More stories with adventure awaits yourself sir,” wrote a third. “Good luck to him,” expressed a fourth.

EXCLUSIVE: Bigg Boss 15’s Vishal Kotian on Sidharth Shukla’s family’s statement: If they had problems, they could have reached out personally