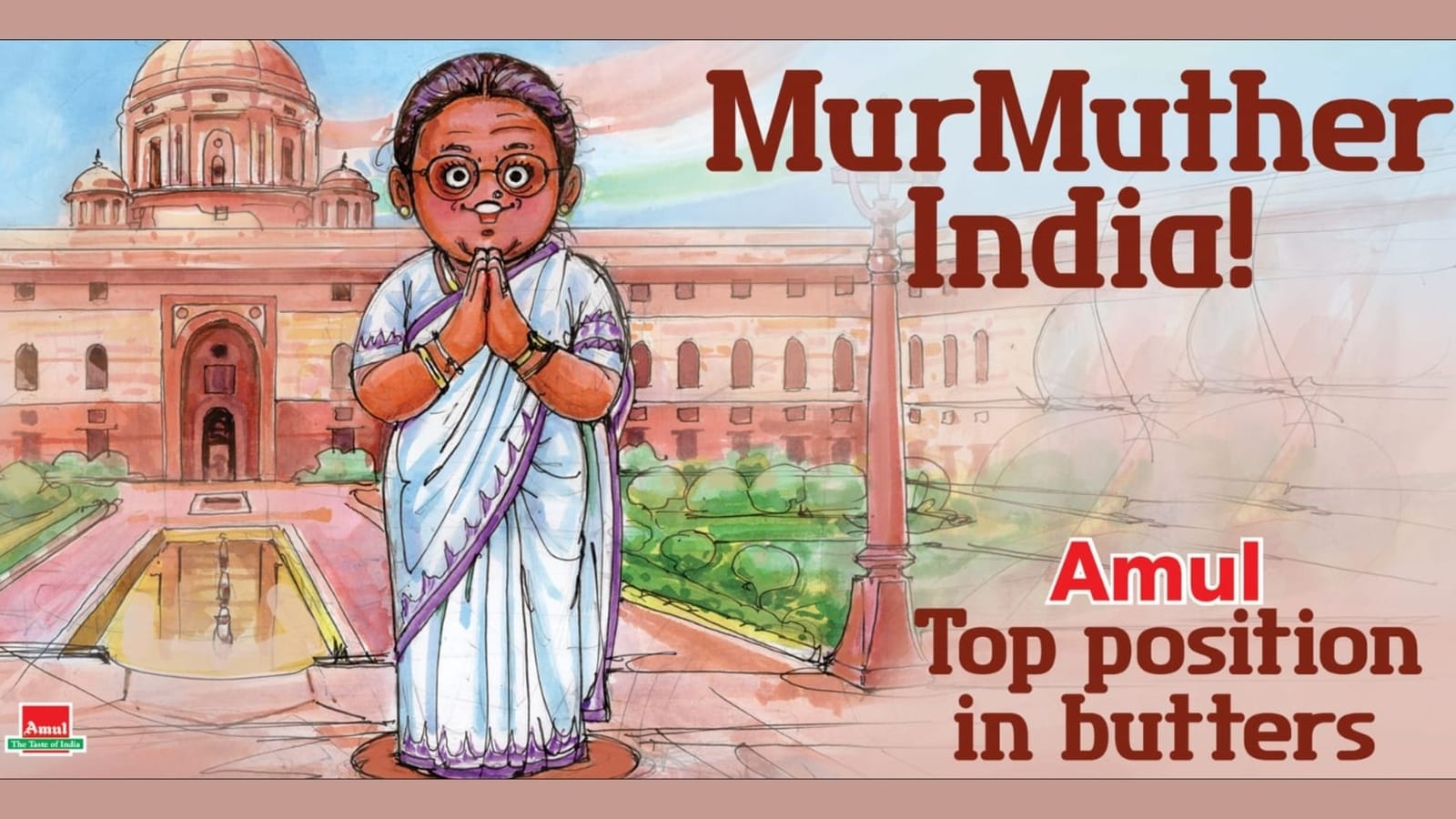 Droupadi Murmu was elected India’s first tribal President after registering a landslide victory against opposition candidate Yashwant Sinha in the recently held presidential elections. As Droupadi Murmu becomes India’s new President, congratulatory messages pour in celebrating her historic win. Amul also joined in with their stunning post, which is too good to miss out on.

The image shared by the dairy brand shows President Droupadi Murmu standing in front of Rashtrapati Bhavan in Delhi with folded hands. She is sporting a white saree. The texts on the image read: “MurMuther India!” and “Top position in butters”.

The post was shared on Twitter a day ago. It has since accumulated over 700 likes and has received several comments.

“Simply too good. Simple and effective. Just like the co-operative juggernaut that is Amul,” posted a Twitter user. “Congratulations!” commented another. “Welcome,” wrote a third with a folded hands emoticon and hashtag #DroupadiMurmu.

Droupadi Murmu is India’s first tribal President and the youngest President of the country at the age of 64. She will be sworn in as the 15th President of India on July 25, a day after outgoing President Ram Nath Kovind’s tenure ends. Murmu is also India’s second woman President after Pratibha Patel.