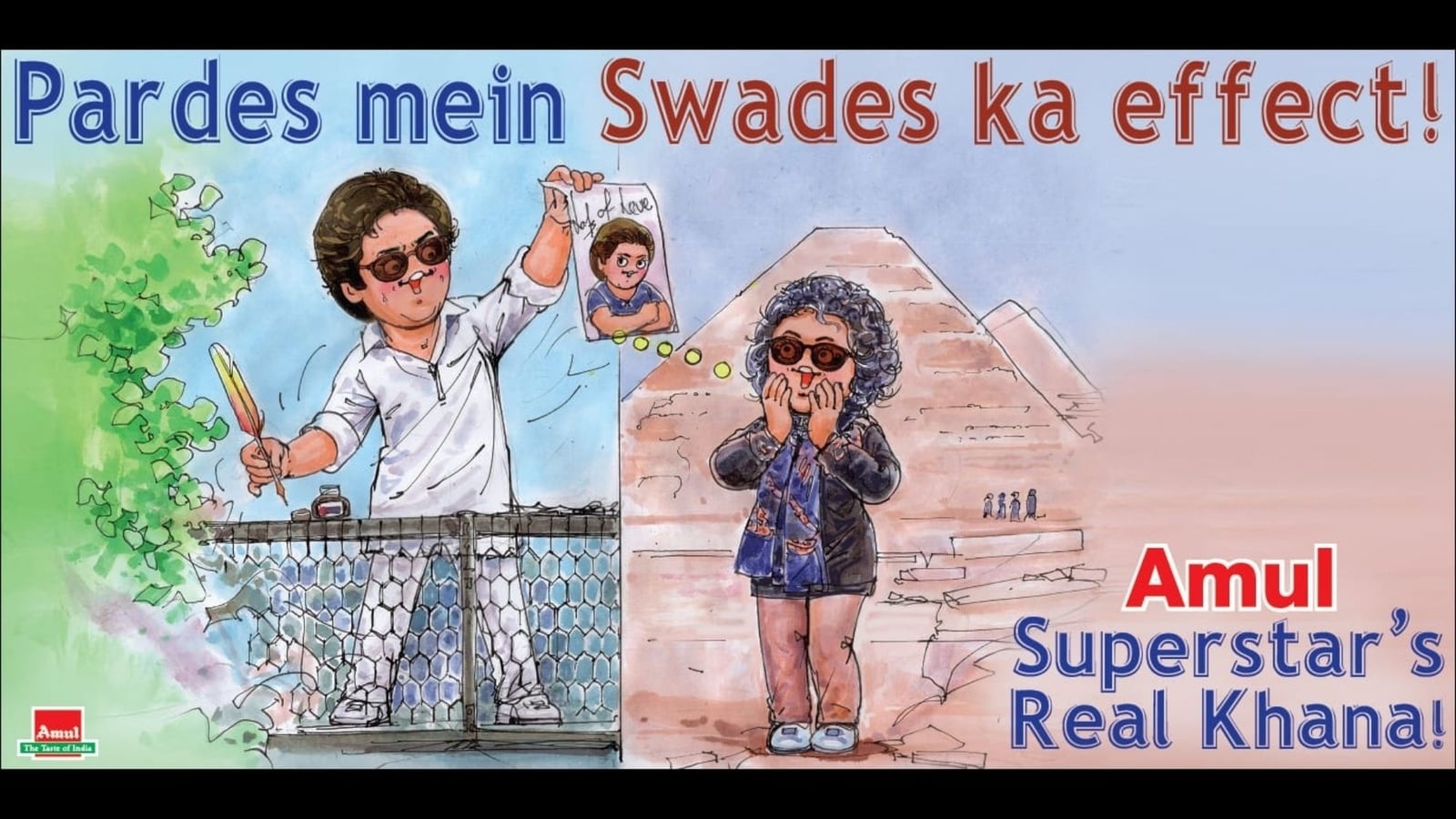 If you regularly use social media, then there is a chance you’re aware of the incident in which an Egyptian travel agent helped out an Indian professor because she was from Shah Rukh Khan’s country. The story took an even sweeter turn when the woman, Ashwini Deshpande, shared on Twitter that SRK had sent a handwritten note of appreciation along with an autographed picture to the fan. Since then, social media is abuzz with various kinds of posts. Amid them, a post by Amul has now won people’s hearts. There is a chance that the share will have the same effect on you too.

The professor also took to Twitter to express her reaction to the share by Amul. “As if the tweets going viral wasn’t unreal enough, now this. Appearing in the iconic @Amul_Coop ad that too with @iamsrk!! No words or emojis can capture what I am feeling right now,” she wrote. She posted her tweet while replying to a share by her daughter.

In case you are yet to catch up on the previous tweets by the professor that started it all, take a look:

What are your thoughts on the post by Amul?

Twitter Will Begin Testing Its Edit Button With These Users: Details