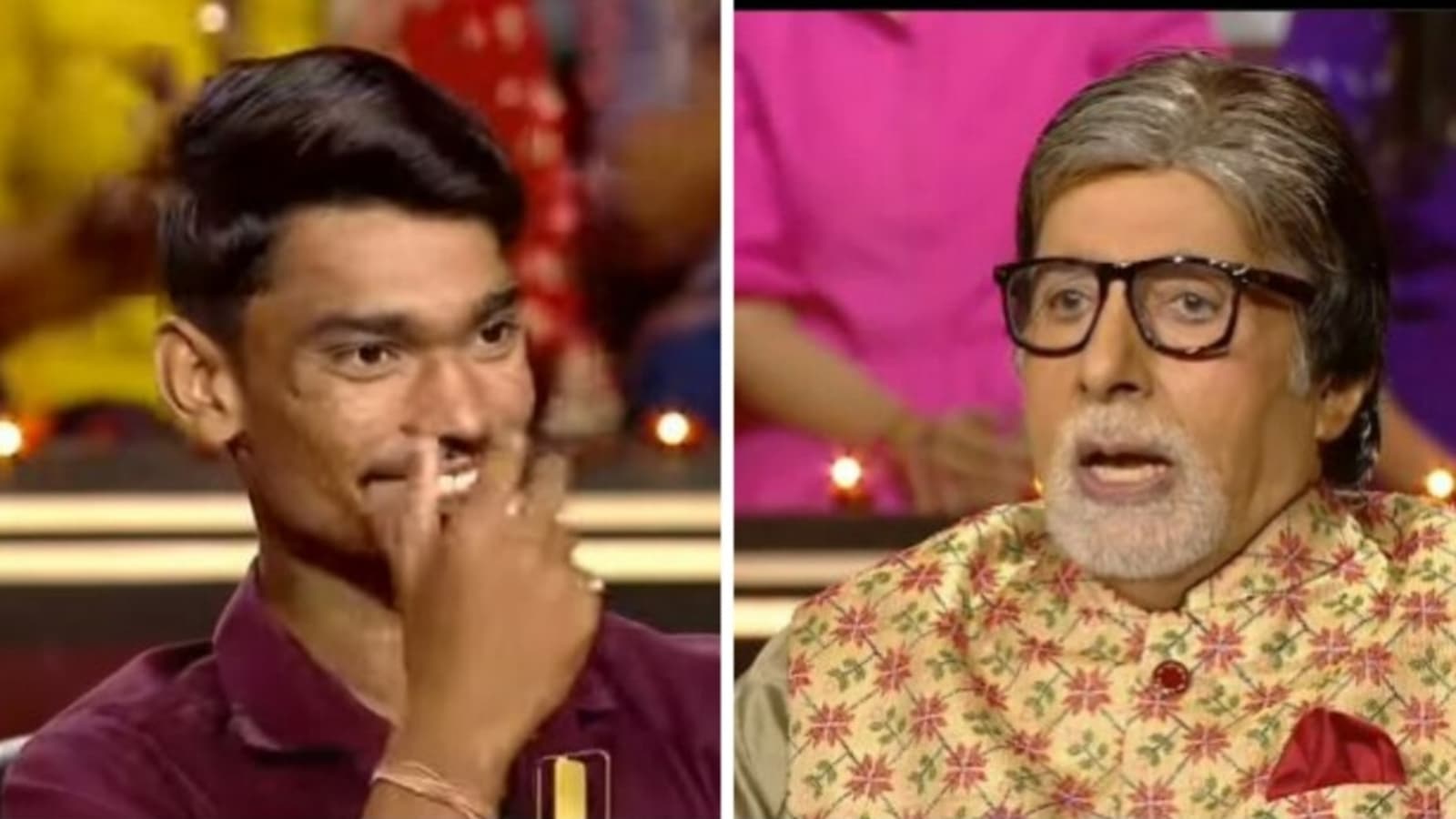 On Kaun Banega Crorepati 14’s recent episode, Amitabh Bachchan shared his personal stories from his college days with contestant Sahil Shende. Amitabh narrated how he used to visit a college nearby to look for girls while crossing a mountain. The contestant laughed and called him a ‘player.’ (Also read: KBC 14: Amitabh Bachchan says sorry to contestant for hurting Vinod Khanna. Watch)

In the video, Amitabh also asked Sahil, “Aapke jeewan mai koi (Do you have anyone in your life).” To which, Sahil shook his head in shyness and said, “Nhi sir (No sir).” Amitabh continued and said, “Bhaisaheb iss manch pe jhoot nhi bola jaata, aap batahi dijiye kon hai woh (brother, nobody can lie on this stage, you better tell who is that person).” Sahil’s friend revealed his secret that he has someone in his life. Recently, Amitabh apologised to a contestant for hurting Vinod Khanna with a glass in the movie Muqaddar Ka Sikandar.

Amitabh was most recently seen in Goodbye with Neena Gupta and Rashmika Mandanna. He is now gearing up for the release of Sooraj Barjatya’s upcoming film Uunchai. The film stars Anupam Kher, Neena Gupta, Parineeti Chopra, Danny Dengzongpa and Boman Irani. The film is slated to release in theatres on November 11.

He also has Project K alongside Deepika and Prabhas in the pipeline.