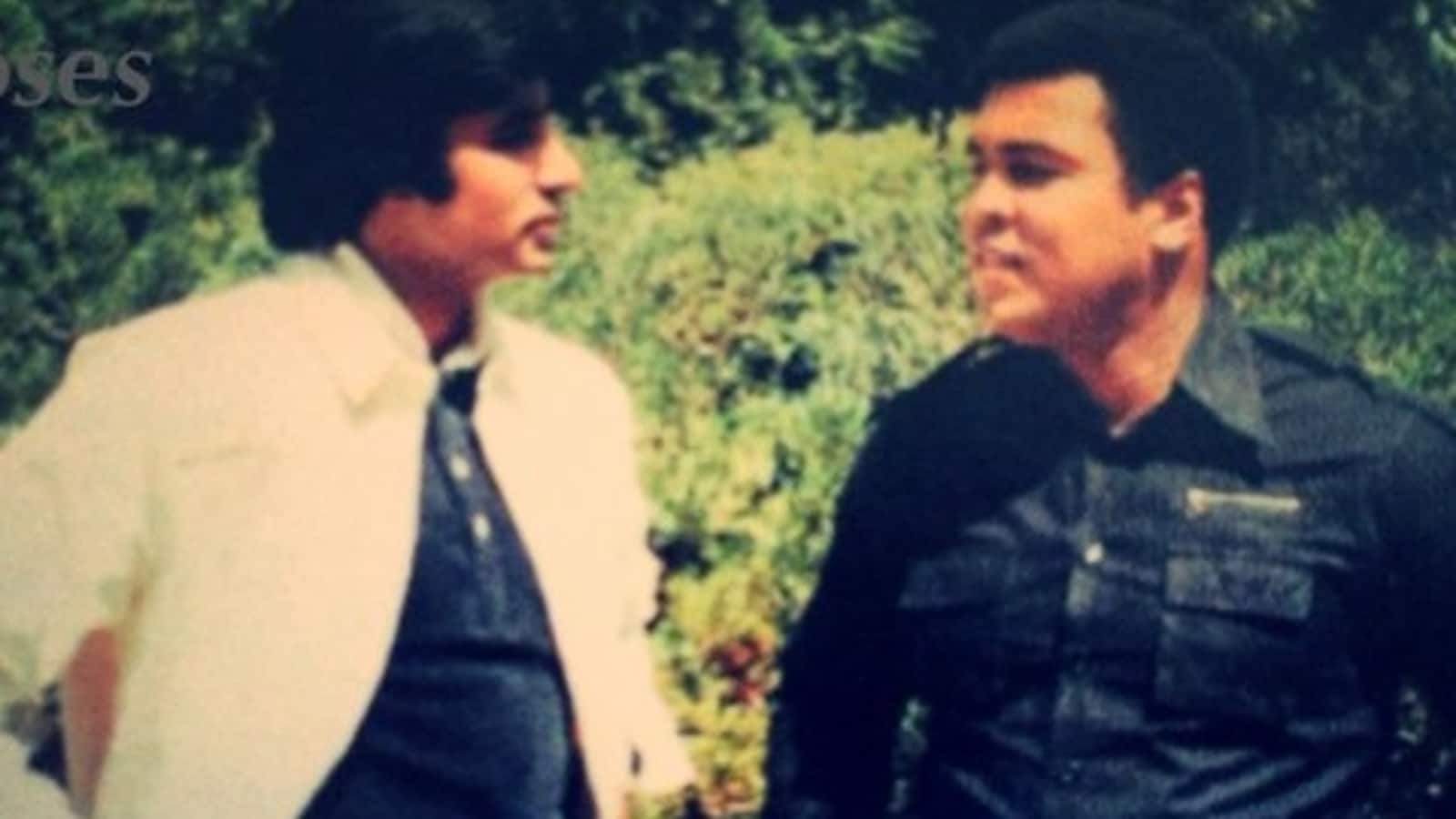 Amitabh Bachchan was once punched by boxing legend Muhammed Ali, the Bollywood star recently recalled. He was talking to celebrity guest contestant, boxing world champion Nikhat Zareen on his popular quiz game show Kaun Banega Crorepati when he remembered the time he met the boxer. (Also read: Amitabh Bachchan reveals he held back tears as he met fan who is blind on KBC 14)

Nikhat revealed on the latest episode that Muhammad Ali is her favourite, and even performed his famous signature move. It inspired host Amitabh to talk about his own meeting with Ali. “I have met him once at his house in Los Angeles, Beverly Hills. Famous Producer-director Prakash Mehra ji wanted to make a film with Muhammad Ali and me and for that we met at his house. That film never got made, but I ended up getting a punch. I have a photo of him where he is just posing for a punch on my face. What a wonderful human being,” he said.

In a 2016 Twitter post, Amitabh had shared a throwback picture with Ali. He tweeted the pic and wrote, “With ‘the Greatest’ Mohammed Ali at his Beverly Hills home in LA .. so much fun ..honour and pride for me !”

Soon after Ali’s death in 2016, Amitabh had said at a press event, “In 1979, I went to his home in Beverly Hills. He was a very simple, grounded and happy person. Though his achievements are well-known to the world. Prakash Mehra wanted to make a film at the time, and he wanted to cast me with Muhammad Ali in it. That film never materialised, but the moments I spent with him are memorable. We went there to talk about the film, thought it could not be made eventually. He was the greatest and I am very sad at his death. Not only did he fight inside the ring, but outside as well.”

“He even threw his gold medal in the river to protest against racial discrimination against him. If you read about him, you will realise he was not just a great sportsperson but a great human being too,” Amitabh added.

During the episode, Nikhat also shared that she learnt the game watching Mike Tyson and Muhammad Ali’s videos. “When I started watching videos, I really liked Muhammad Ali’s game style. From thereon I considered him as my role model. I’ve learnt a lot from him, his famous signature step also I know and if you can allow I would like to do it. He inspires me a lot and I try my best to copy his footwork,” she said.

Sreejita De: Social media has made everyone the nosy neighbour you hate