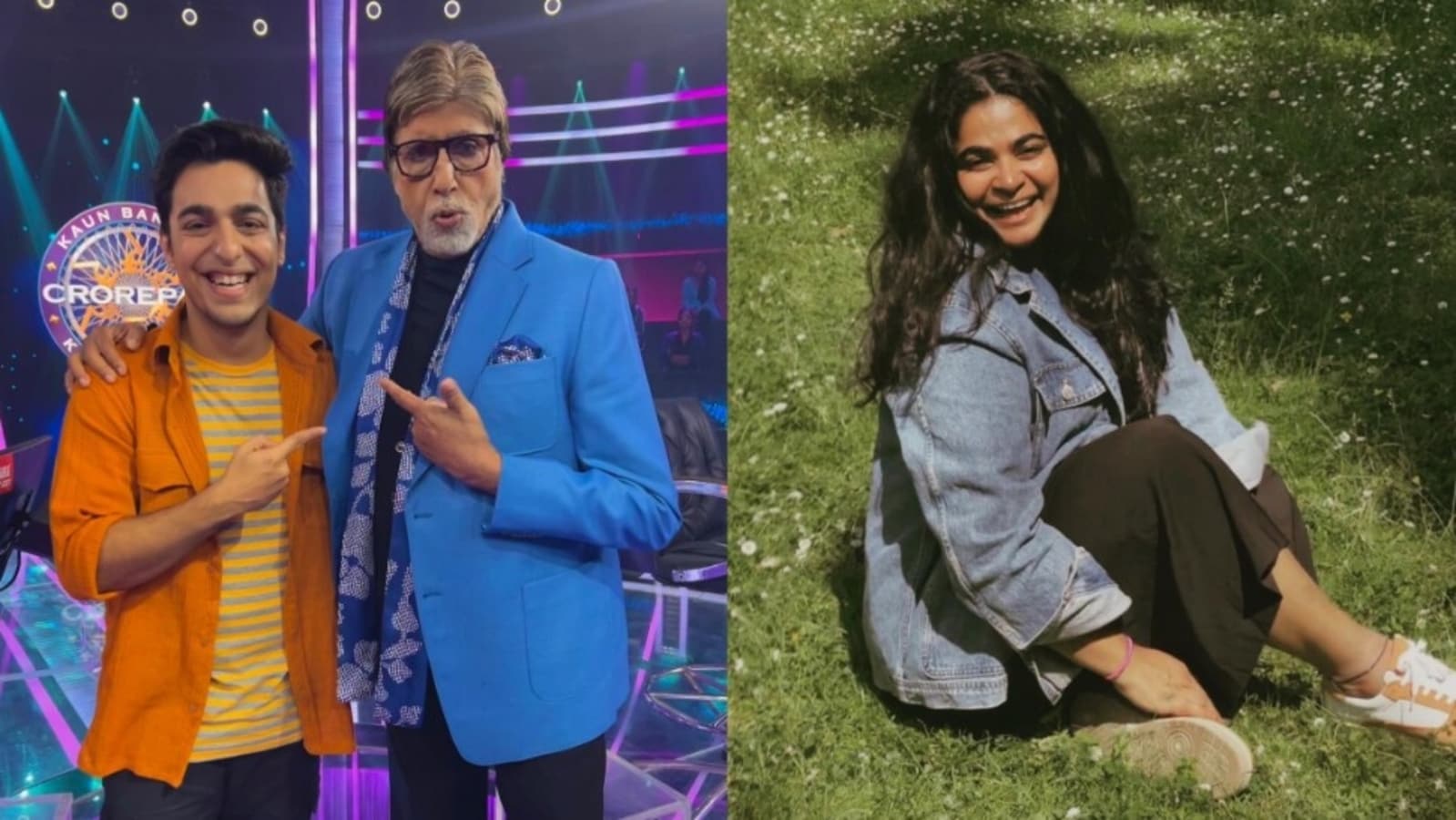 Actor Gagan Arora has revealed an anecdote about veteran actor Amitabh Bachchan. The duo recently featured together in a promo for the upcoming game show Kaun Banega Crorepati 14 (KBC). Taking to her Instagram Stories, filmmaker Ashwiny Iyer Tiwari, who directed the promo, shared Gagan’s latest post and thanked him. She captioned it, “Thank you @whogaganarora. It’s always a mix of nervousness, so much of joy and love directing @amitabhbachchan sir #kbc2022.” (Also Read | KBC 14: Amitabh Bachchan roasts a millennial)

Re-sharing it on his Instagram Stories, Gagan added photos of himself, Ashwiny and others on the sets of KBC. He wrote, “I love how he called you maalkin (ma’am) the whole day (laughing emojis).” Ashwiny re-posted it with a red heart emoji.

Earlier, Gagan had shared a bunch of pictures and a clip on Instagram from KBC sets also featuring Amitabh. He had written, “Shooting with Bachchan sahb (sir) was a lifelong dream, I know of three generations of my family who are die-hard fans of him. For the first time in my life, I have felt an aura. A rush just about when he was about to enter the room the whole vibe changed and entered grace, people stood up and started clapping and I was right there sitting on my mark, with a few words of shudh (pure) Hindi and a couple of rehearsal somebody said action and I was in the same frame as @amitabhbachchan.”

He also added, “And it will be like that forever. Thanks to @ashwinyiyertiwari @castingchhabra @bhimarya for making this happen. P.s – just a second after we clicked this picture as he was casually moving away he looked at me and said ‘you’re a good actor, keep it up’. Uske baad se main kissi se tameez se baat nhi krra hoon (After that, I’ve not been politely talking to anyone).”

Ahead of the new season of KBC, the team has been sharing clips reiterating the importance of verifying information. Earlier this month, Sony Entertainment Television on Instagram shared a video in which Gagan played a millennial contestant. The promo talked about the importance of verifying information. The new season of KBC begins airing on Sony TV soon but the channel has not announced the date yet.

Mom kisses baby, watch what she does to shower mom with love

Dog eats ‘second dinner’ with his grandpa everyday. Watch to see how he does it