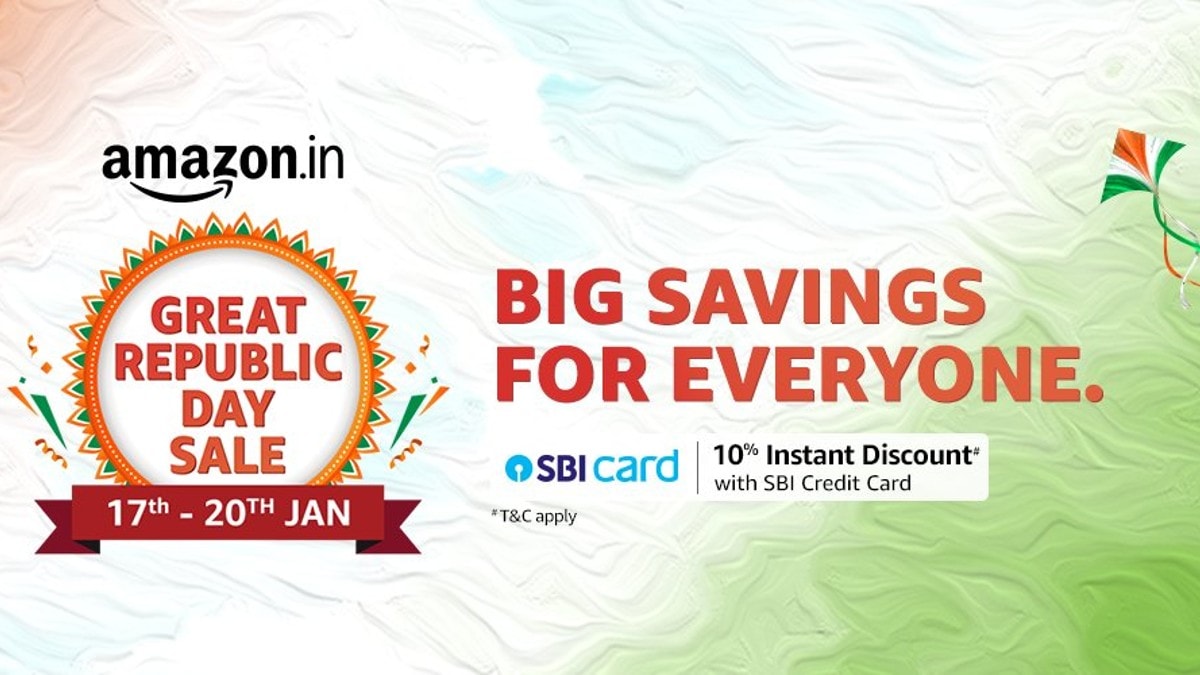 Amazon Great Republic Day Sale dates announced on Wednesday. The four-day sale will begin on Monday, January 17, and will last until January 20. Amazon claims that it will offer deals across smartphones, TVs, electronics, and large appliances, among others. The Amazon sale will also bring instant bank discounts and no-cost EMI options. Among other deals, the online marketplace is touted to offer up to 40 percent discounts on mobile phones and accessories as well as up to 60 percent discount on televisions.

Customers with Prime membership will get 24-hour early access to the Amazon Great Republic Day Sale starting 12am on Sunday, January 16.

The Amazon sale will offer up to 40 percent discounts on phones from brands including Apple, iQoo, OnePlus, Samsung, Tecno, and Xiaomi. There will also be up to 60 discounts on televisions from brands such as Redmi, OnePlus, Sony, Samsung, and Xiaomi and up to 70 percent off on electronics and accessories from companies including Intel, HP, Boat, Lenovo, Asus, Dell, Samsung, LG, and Sony.

To detail the deals, discounts, and offers coming under the Great Republic Day Sale, Amazon has created a dedicated webpage on its site. It shows that there will be up to Rs. 40,000 discounts on laptops, over 250 deals on headphones starting at Rs. 299, up to 50 percent discount on cameras, and up to 60 percent off on smartwatches.

Alongside the deals and discounts, the Great Republic Day Sale is claimed to enable customers to save up to Rs. 4,500 under the Pay and Shop Rewards Festival by making payments for utility bills and sending money via Amazon Pay.