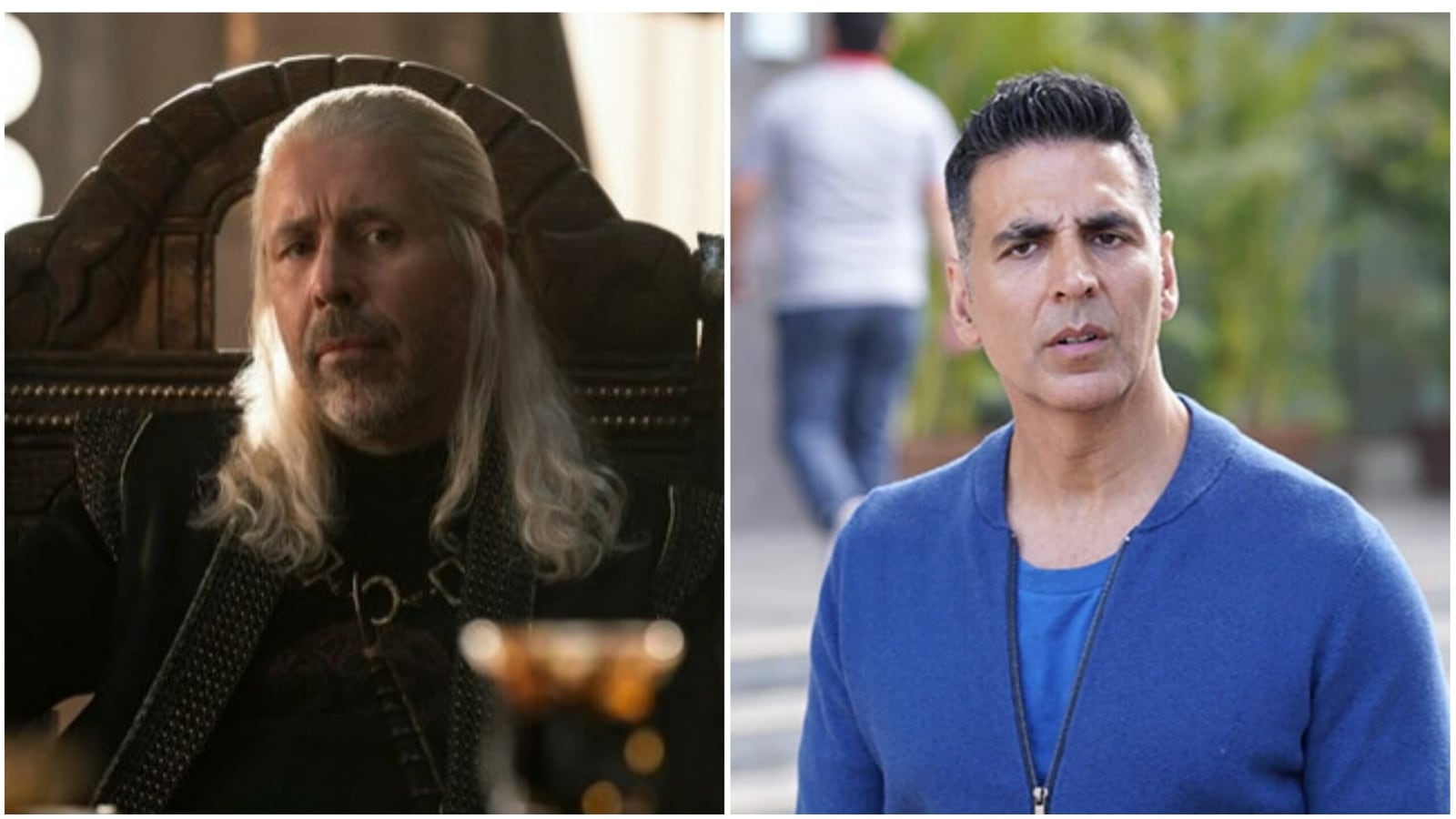 House of the Dragon, a spinoff/prequel series of Game of Thrones, began streaming this Sunday. As expected, the pilot episode registered a large viewership, and Indian fans of the franchise also streamed it on Disney+ Hotstar. The desi fans also found an interesting Bollywood connection in the episode. Also Read| House of the Dragon star opens up on filming that disturbing episode 1 childbirth scene

Many viewers are convinced that King Viserys Targaryen, played by Paddy Considine, strongly resembles Akshay Kumar. Several fans took to Twitter and other social media platforms to share stills of King Viserys from the show and compared him to Akshay Kumar. Even the actor himself reacted to the comparisons.

House of the Dragon is set close to 200 years before the events of Game of Thrones and tells the story of a time when the Targaryen dynasty ruled Westeros. The first episode opens during the reign of King Viserys, whose queen Aemma Arryn, played by Sian Brooke, is expecting a child.

The series is based on George RR Martin’s Fire & Blood– a companion book to the author’s A Song of Ice & Fire series, on which Game of Thrones was based. It will follow the famous Dance of the Dragons civil war in the Targaryen dynasty.

New pizza recall: 156,000 pounds of pizza was just recalled, so check your freezer