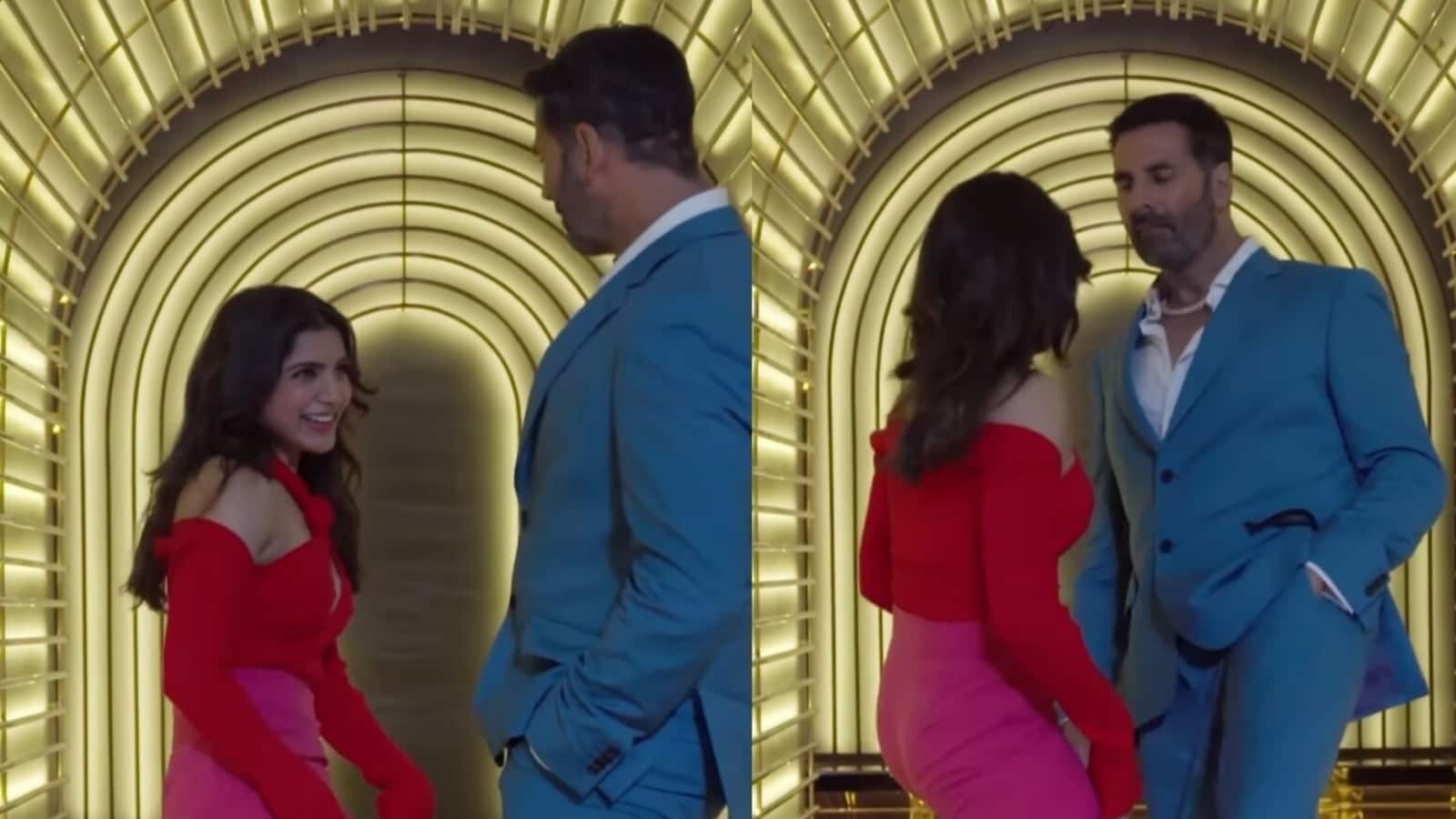 The video begins with Samantha grooving with Akshay as he perfectly matched steps with her. before they took over the couch. Samantha made a splash at the show in a bright red cutout top, paired with pink pants. Akshay Kumar, on the other hand, looked dapper in a blue suit.

Karan Johar’s company Dharmatic shared the video on Instagram. Earlier, Karan unveiled the new trailer of the upcoming episode starring Akshay and Samantha Ruth Prabhu. “Heart of gold and a dash of sexy & bold – my two new guests on the Koffee couch are bringing the heat this Thursday in an all new episode of #HotstarSpecials #KoffeeWithKaran S7 only on Disney+ Hotstar.”

In the trailer, Karan mentioned Samantha and Akshay as the leading, most successful actors in India. Samantha said that she doesn’t mind being carried in by Akshay. On the episode, Akshay and Samantha also tried a series of dance forms, including the Sooryavanshi actor’s favourite: spinning a woman around like she’s a doll. Karan also questioned Samantha about her divorce. She was married to actor Chaitanya Akkineni. They parted ways last year.

Koffee With Karan 7 premiered on Disney+ Hotstar on July 7. Alia Bhatt and Ranveer Singh appeared in the first episode of the show. The last ones to grace the couch were Sara Ali Khan and Janhvi Kapoor. Celebrities like Shahid Kapoor-Kiara Advani, Kriti Sanon-Tiger Shroff and Vijay Deverakonda-Ananya Panday are also going to be a part of this year’s show. The new episode of the show will release on Thursday.

Man gets emotional as he is able to hug his grandson after many years. Watch