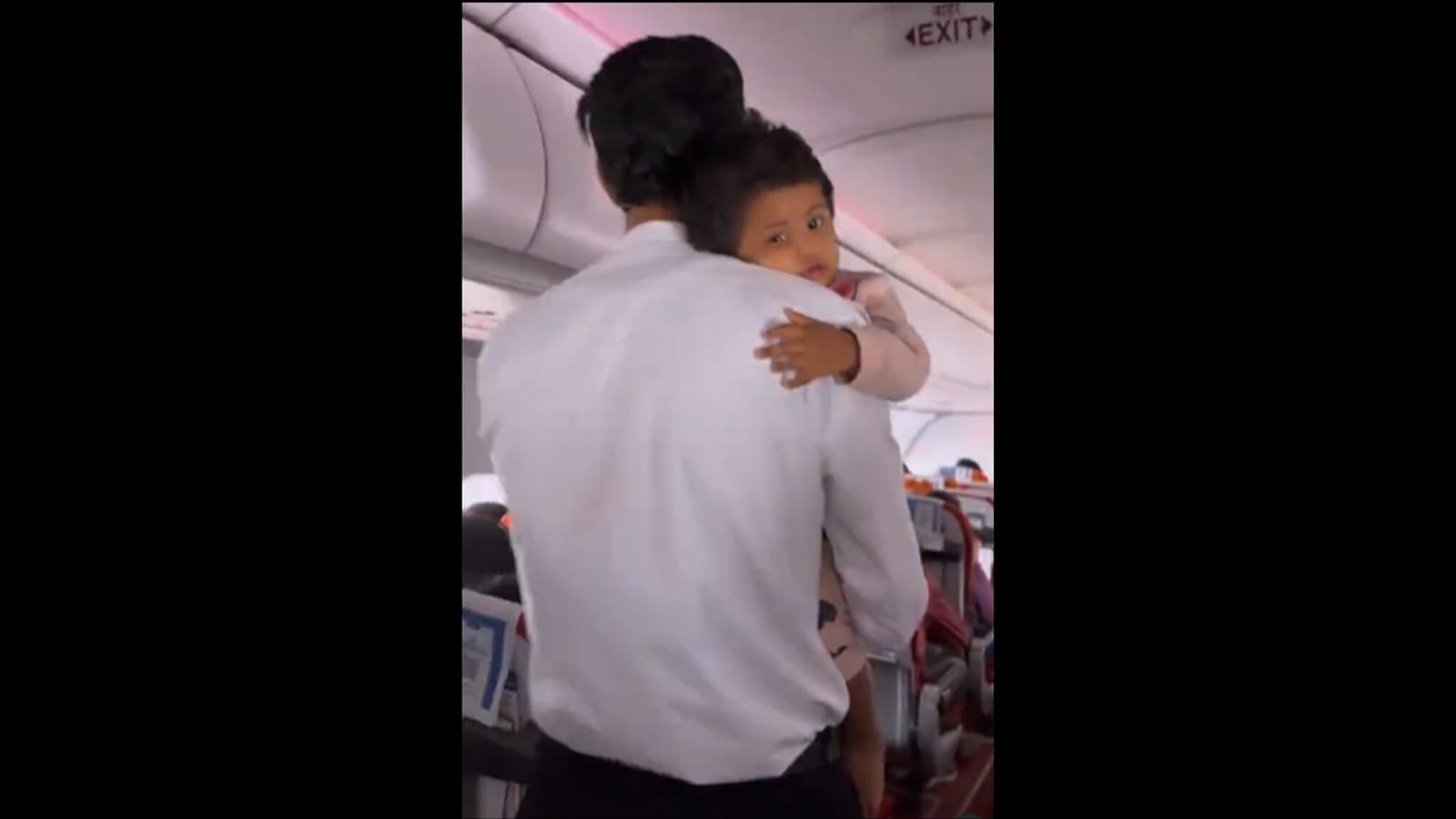 The cabin crew’s primary concern is passengers’ utmost comfort and safety on board. Many videos of pilots and cabin crew members are making it to the headlines these days with their sweet gestures toward passengers. And one such video is of this Air India steward comforting a toddler in his arms. The viral video won the hearts of millions of netizens online.

The video was posted by an Instagram user named Jeevan Venkatesh with a long caption, “Really appreciate the sweet gesture of a @airindia.in staff. It was a surprise when my daughter felt comfort lying in the steward’s shoulder, thanks to him. Lots of changes in this trip after Tata’s takeover.” The video showing an Air India steward named Neil Malkam carrying a toddler in his arms during the fleet to calm down the child attracted the attention of several Instagram users.

The video was posted on August 7 and due to the video going viral, the user confirmed finding the crew member on Instagram in his caption. Updating his caption a few days ago, he wrote the caption, “Update: I found the gentleman in my video, it’s @neil_nitin_ub thanks to all for making this viral and made it to reach him.”

The video amassed more than two million views and still counting. The heartwarming gesture of the crew member in the video prompted several users to post comments with heart emoticons.

One of the Instagram users commented, “Heartwarming gesture. What a kind man!” “Cabin crew always have their personal touch. Salute to him!” expressed another user. A third user wrote, “Sweet gesture indeed!” Tagging the cabin crew member, Malkam in his comment, a fourth user wrote, “@neil_nitin_ub dedicated and calm towards your job. That’s inspiring.”