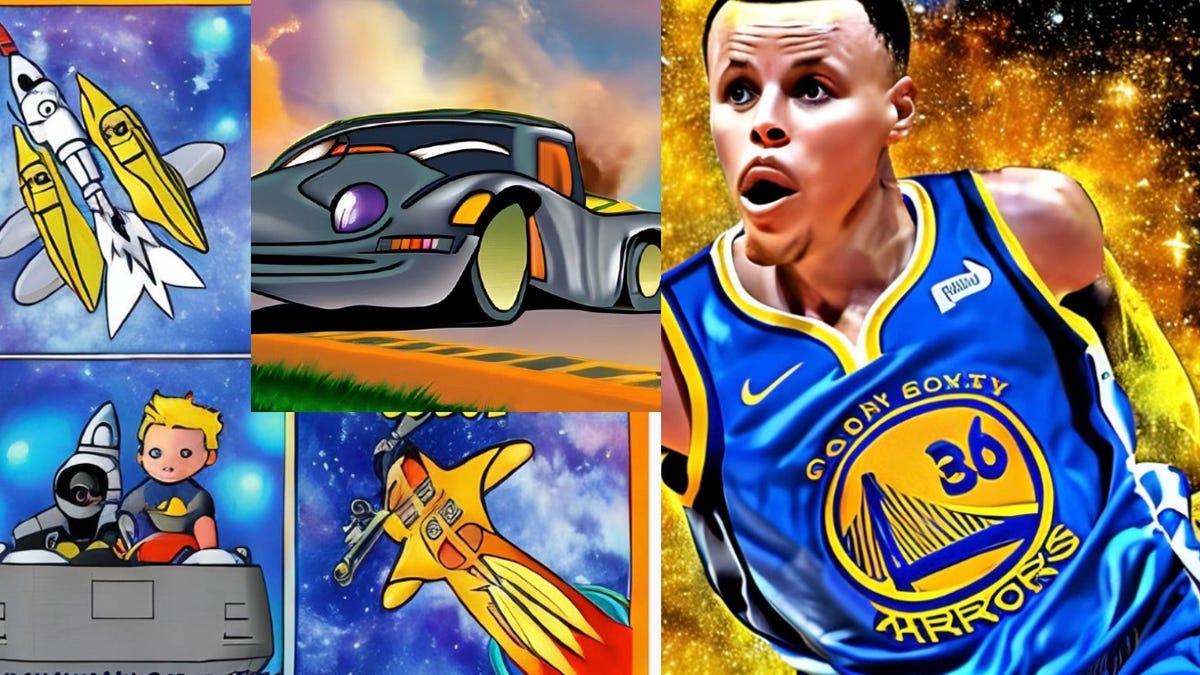 Behind AI art is data — countless images used to train an AI art generator. When a user types in a prompt, the generator takes apart those pre-existing images to produce a new combination of colors and shapes, a debatably new piece of art.

AI art generators draw information from what they’re exposed to, as do human artists. But there’s a difference in scale in the way that humans go through input, process it, and attempt to produce something new when compared to AI.

When DeviantArt released its AI art generator, DreamUp, there was immediate backlash from its community over community artwork automatically being opted in for use in AI datasets.

Creators would have to manually opt out in order to protect their work from future AI image training. The opt-out request, however, would only go into effect after their work had presumably been used to train DreamUp in some capacity.

Also: How to use DALL•E 2 to turn your wildest imaginations into tangible art

DreamUp is an AI art generator that creates art based on prompts, with roots in Stable Diffusion. Its ability to create art rests on content taken from the web, without the notice or permission of the artists who made the work. An artist on Twitter summed up the process well:

The content scraped from DeviantArt and other sources goes into a LAION dataset, which is then processed through machine learning, eventually resulting in a 3D model. The opt-out request occurs before more machine learning, but does not apply to the initial training.

DeviantArt addressed concerns in an update saying that:

I tested DreamUp after seeing that DeviantArt had addressed the issues the artists brought up. I had to sign up to use it, and I had five free prompts to use. In the Prompt Guidelines is the following: “Imagery inspired by other artists must clearly reference that artist when published.”

Also: The people building artificial intelligence are the ones who need AI most

My image was inspired by a dream I had (thanks, subconscious) and my prompt was “A car shaped like a shoe driving down a highway.” These are the three images DreamUp gave me in under a minute:

Hmmm, I was picturing a different shape, but I don’t mind the bottom picture.

I don’t feel comfortable crediting myself for these images, since I don’t think I had enough involvement in their creation, so I’ll credit the generator itself.

I tried a different prompt too, “couple riding rocket ship through space,” and got the following three new images:

My favorite of the three was the comic book one:

Finally, I tried a prompt with my little brother’s favorite things “galaxy dragon Stephen Curry.” His favorite of the three was this one, although Steph Curry’s number is 30 and I’m sure he doesn’t play for the Goory Boxty Terrors?

These images weren’t cohesive, and had a melting, patchwork quality to them. Still, it was fun to experiment with DreamUp. I see it more as a point of inspiration for art than a substitute.

The ease with which you can type something into a generator and create an image has led to art communities filled with AI-generated images.

Some communities have banned AI art entirely. This plays into a wider debate about what gives art value and how AI fits into the puzzle.

Also: AI’s true goal may no longer be intelligence

Should it be an issue that countless data points of artwork are used to train AI that spit out art in under a minute, art that wins competitions no less?

The sheer quantity of art that you can create with AI eclipses in volume the one piece of human-created art that requires hours of thought and labor. I think that this could lead to a few outcomes:

The potential with AI art generators is vast, and so are the possible consequences.

This Russian Software Disguised as American Was Found in US Army, CDC Apps

What is the ACT? | ZDNet