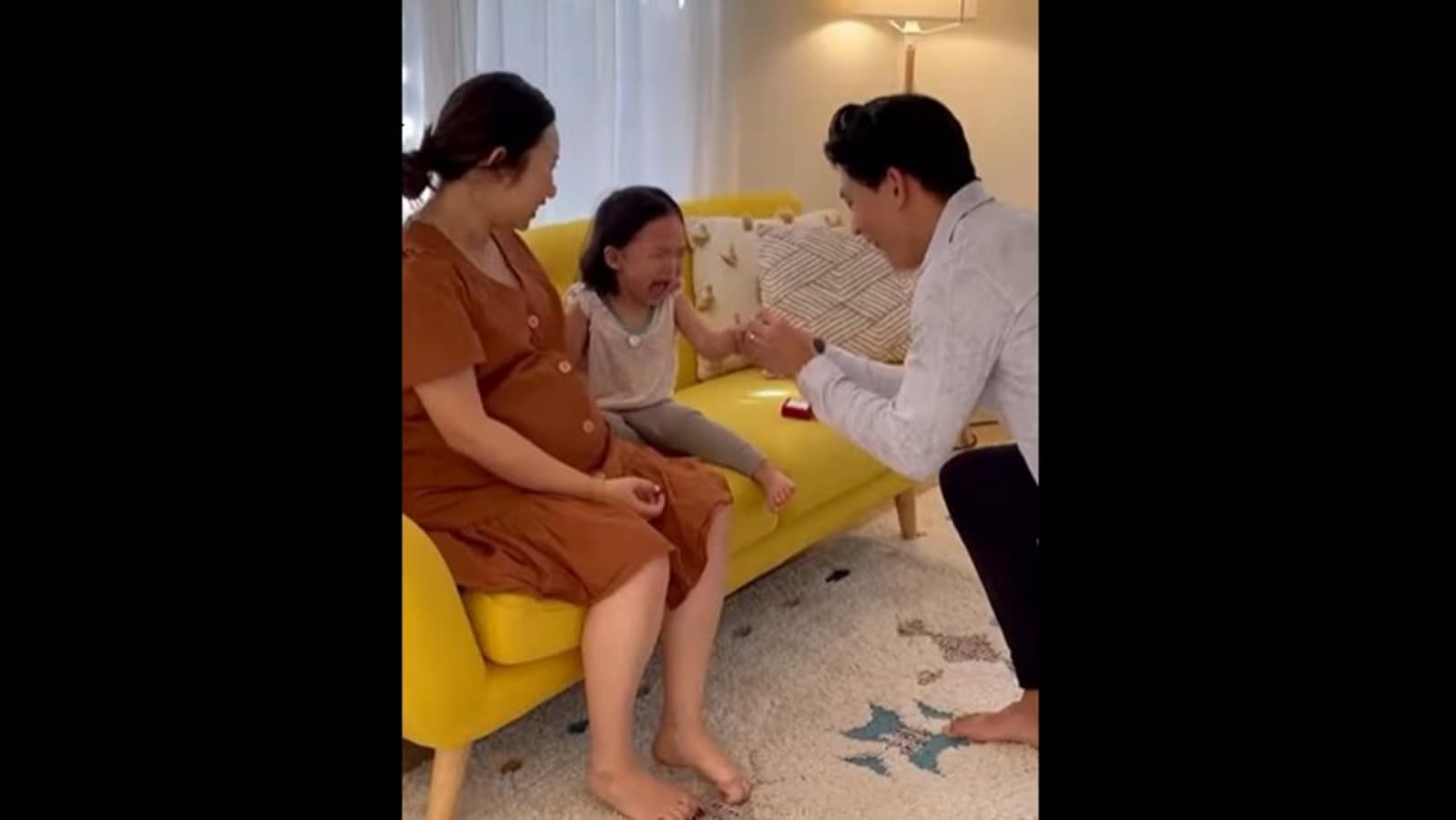 As children, a lot of us often find ourselves getting jealous when our parents spend time with each other. And that is exactly the case in this one video that has been shared on Instagram and going steadily viral ever since. The video shows how a cute little baby girl gets jealous when her father goes down on his knees and gifts a ring to her mom. The video is equal parts adorable and hilarious and is guaranteed to brighten up the rest of your day.

It opens to show how the little girl and her mother are sitting on a couch and looking at the girl’s father. He has a gift in store for her mother and gives her the ring that he had been meaning to. This causes the little girl to get a little jealous of this moment of bonding between her parents and she apologises to her mom before quickly running away and crying. Her mom initially finds this is hilarious and later chases her in order to let her know that there is something in store for her as well. After getting a cute ring herself, she gets happy about the fact that her ring has a stone that is bigger than the one on her mom’s!

The Instagram page that this adorable baby video was posted on has above 2.8 lakh followers on it who look forward to updates in the form of photos and videos. The page is dedicated to this sweet baby girl named Sarang and this page is called Hungry Sarang. This feisty little girl and her videos that often keep going viral, are known to bring a smile to people’s faces.

The video that was shared on Instagram has more than 13 million views on it so far and it was just posted four days ago. The video has also prompted many people to post several comments under it going to how cute this baby’s reaction was.

“But she still said ‘sorry’ she’s the cutest,” points out an Instagram user. “She got so mad, she’s adorable … A father daughter bond like this is beautiful,” reads another comment. “Which k-drama is this video from? Haha you guys are so cute! Lovely family,” writes a third individual.

What are your thoughts on this viral video where the baby gets adorably jealous of her mother?