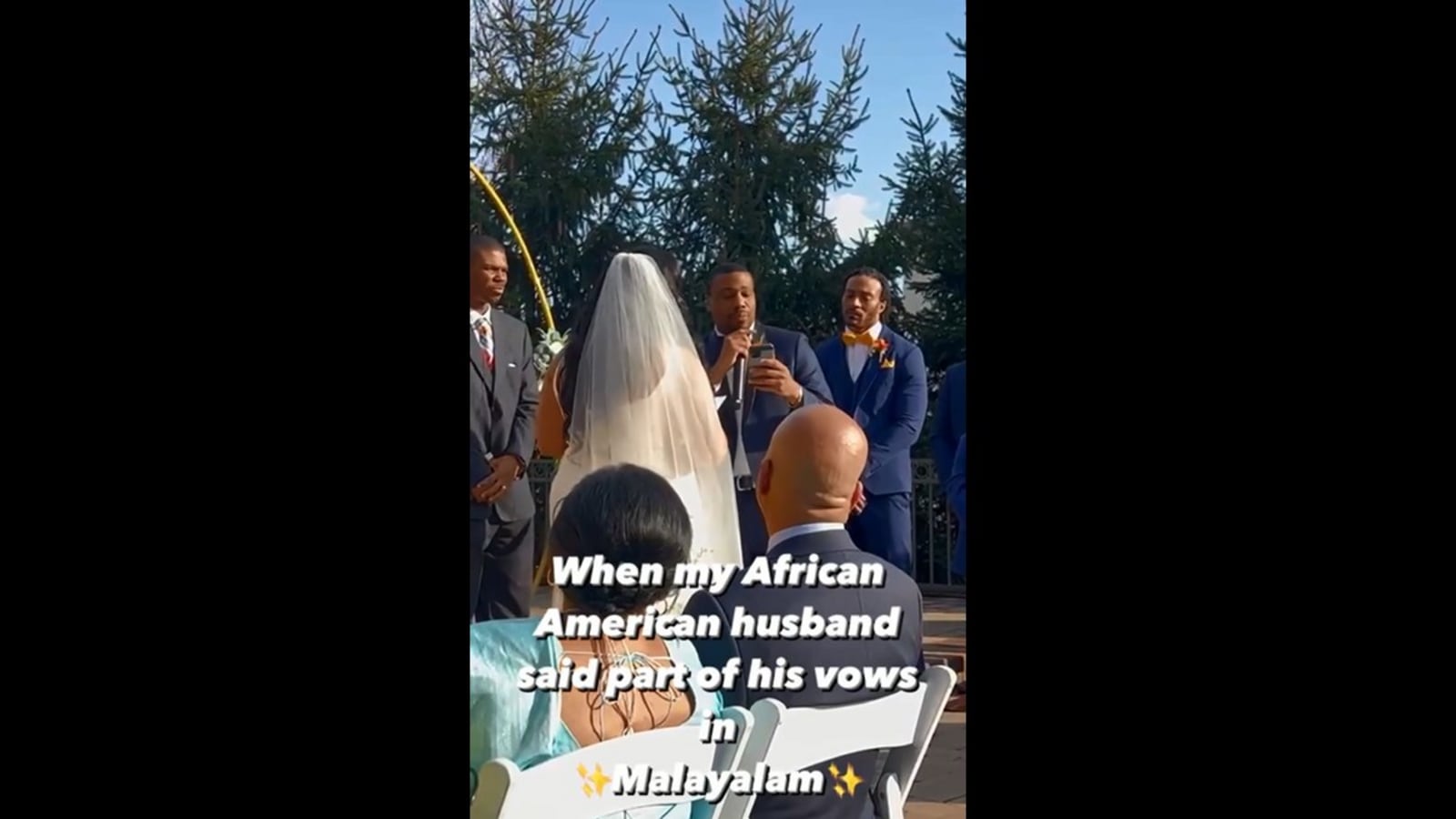 The video of the African-American groom speaking in bride’s native language Malayalam during vows was posted on Instagram.

People often try to do something different for their significant others to make their wedding day even more special. Be it a bride writing a letter to a groom before the ceremony or the couple helping each other to get ready, the Internet is filled with videos that show such special moments. There is a latest addition to that list and this video shows an African-American groom speaking in bride’s native language Malayalam.

The bride Jenova Juliann Pryor posted the video on her Instagram page. She also shared a caption describing her groom’s sweet gesture. “My husband learned and said part of his wedding vows in my native tongue, Malayalam. I cried so hard,” she wrote.

The video opens to show text that reads, “When my African-American husband said parts of his vows in Malayalam.” The clip then proceeds to show the man saying his part and then explaining the same in English for those who don’t know the language.

The post has been shared two days ago. Since being posted, the clip has accumulated more than 76,000 views and the numbers are quickly increasing. The share has also prompted people to post various comments.

“Malayalam, known as the toughest language… spoken simply with clarity…. Superbbbb,” shared an Instagram user. “Wow. Such a sweet gesture from your hubby. Wishing you both a very happy married life!!” posted another. “So much love, one of the most beautiful moments of that amazing day!!” expressed a third. “Omgggg I absolutely love this!! What a beautiful moment,” commented a fourth. “OH MY GOD THIS IS EVERYTHING!!!! In Malayalam! This is everything Queen Congratulations!!!” wrote a fifth.