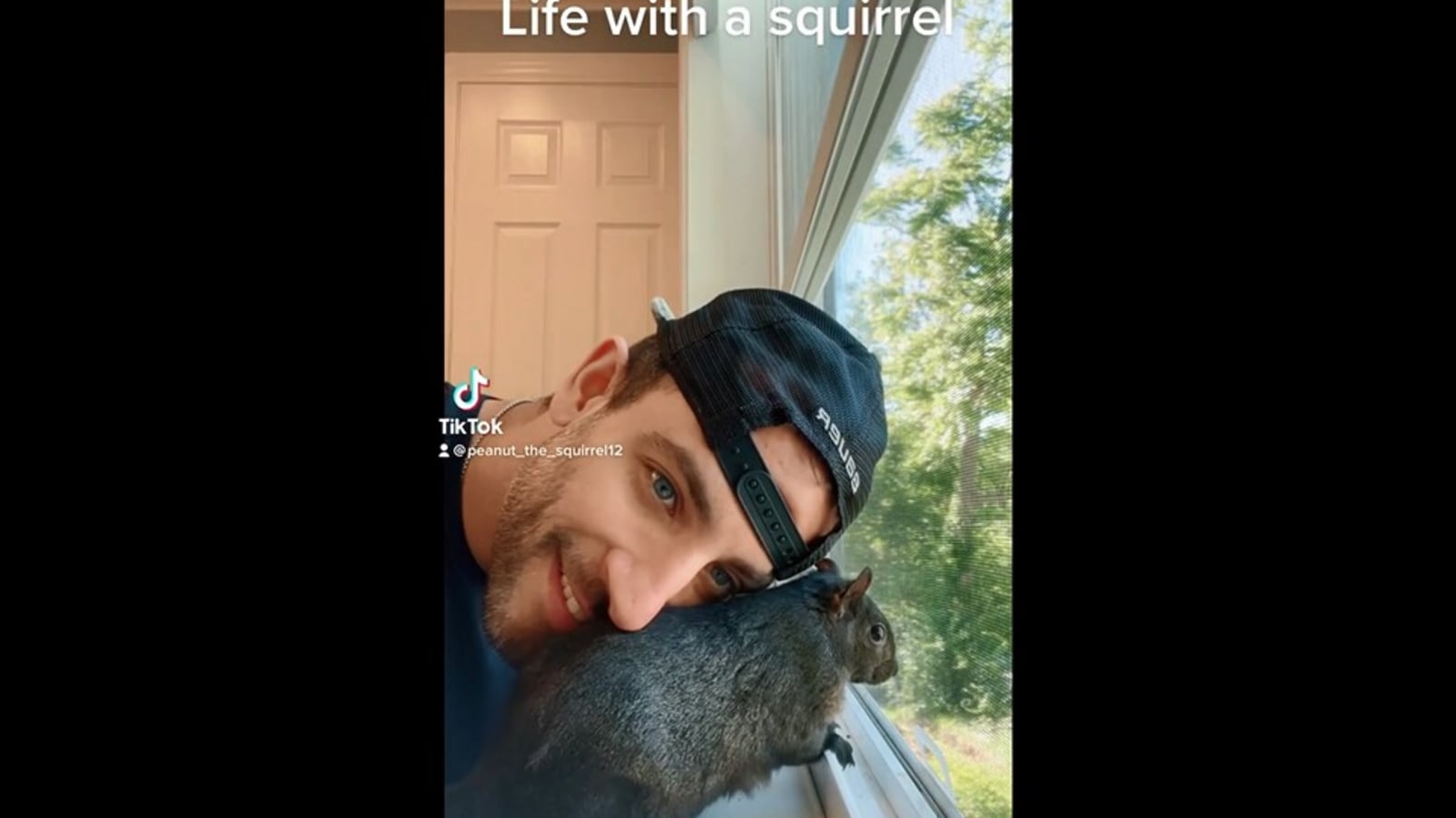 The video of the pet squirrel and its human was posted on Instagram.

When someone says cute pet videos, what’s the image that pops up in your mind? For most, it would make them think of a cat or a dog video. This cute pet video, however, shows a very different animal. It is a squirrel named Peanut. There is a chance that the sweet interaction showcased in the clip between the animal and its human will melt your heart into a puddle. It may also make you want to be a pet parent to such an adorable fur baby.

The video is posted on the Instagram page dedicated to the squirrel. Managed by its human, the caption is written imagining the adorable creature’s thoughts. “I think my hooman is lonely. He can’t seem to do anything by himself. Someone come take him off my hands please,” it reads.

The video opens to show the Peanut and its human sharing a sweet moment while standing in front of a window. We won’t give away what else the wholesome video shows, so take a look:

The video has been posted about 14 hours ago. Since being shared, the clip has accumulated more than 5.1 lakh views and the numbers are quickly increasing. The share has also gathered nearly 6,400 likes. The post has prompted people to share various comments.

“Sooooo beautiful,” expressed an Instagram user. “So cute,” posted another. “It is so endearing watching you, seeing you and seeing how much you love this squirrel – So stinking adorable,” shared a third. “Ultimate cuteness on so many levels,” wrote a fourth.

Idli ice-cream by a Delhi eatery is a thing and netizens aren’t too happy. Watch

Lock Upp: Chetan Hansraj apologises to Karan Kundrra, says ‘I am angry at myself’