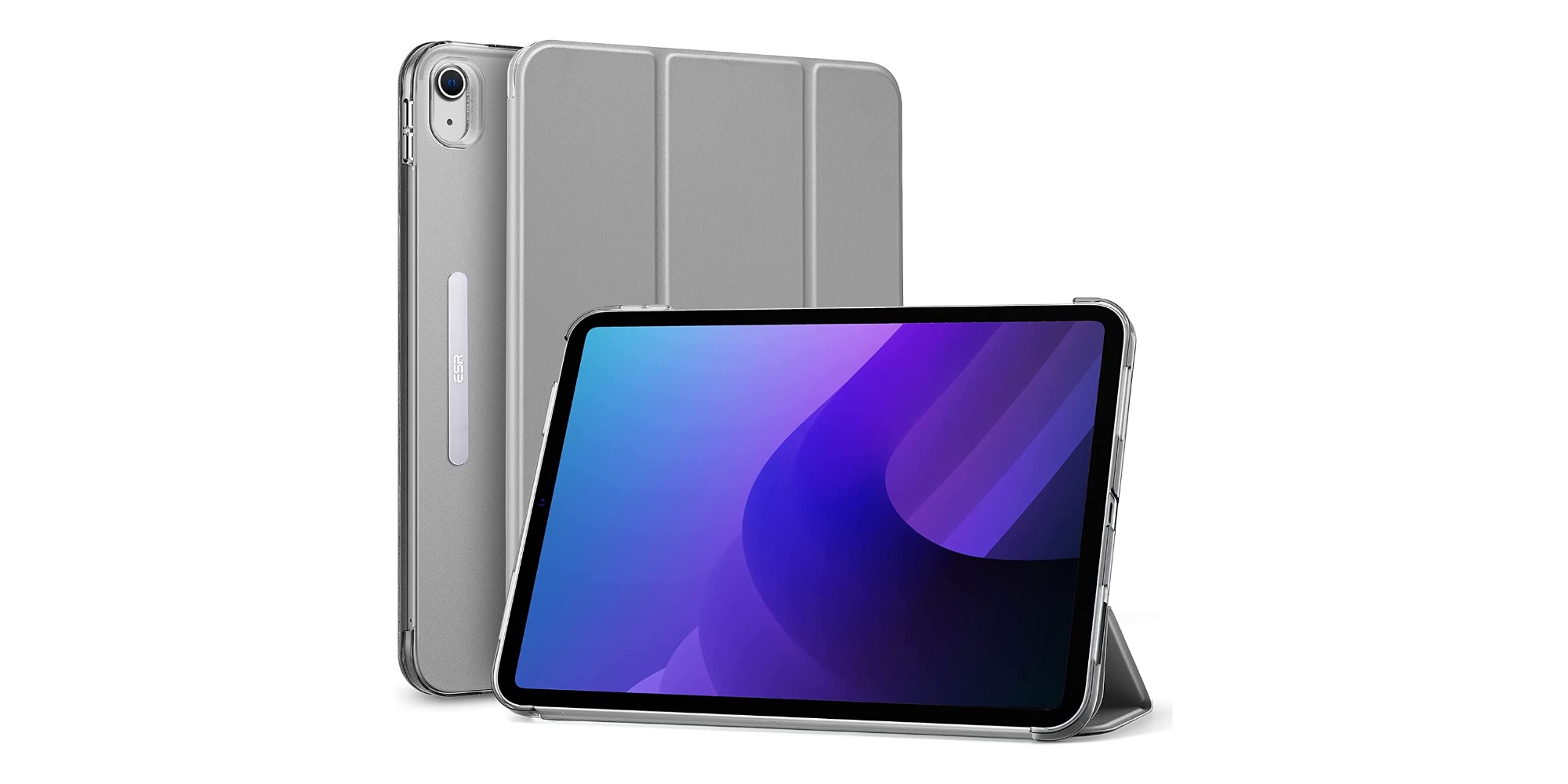 New iPads are just around the corner. At least two popular accessory manufacturers have teased over these past few days that a 10th-generation iPad and new iPad Pro models could be released very soon as they show their accessories as compatible with these new versions.

Japanese publication MacOtakara reported that accessory maker ESR added new cases for the 10th-gen iPad. According to the publication, this case hints at a redesigned iPad with a similar look to the new Air and mini models, with Touch ID on the side button and a display with fewer bezels.

These cases are said to attach magnetically to the back of this unreleased iPad. Early this year, 9to5Mac reported that this future iPad 10 (codenamed J272) will feature the A14 Bionic, 30% faster than the previous gen. In addition, the publication believes this tablet will feature 5G capabilities, a USB-C port instead of Lightning, a better camera, and a slightly larger display.

The Crayon Digital Pencil includes a list of all iPad models with which the accessory works, including two new models, according to the website:

That said, it doesn’t change the fact that new iPad releases seem imminent. Now, with two popular accessory makers backing the arrival of new models, we might be just a few days or weeks from these releases.

More Apple coverage: Best iPads in 2022: Which Apple tablet is best for you?

Bad iPhone battery after installing iOS 16? Don’t panic! Do this instead

From Stranger Things to You: A two-part season finale: Yay or Nay?