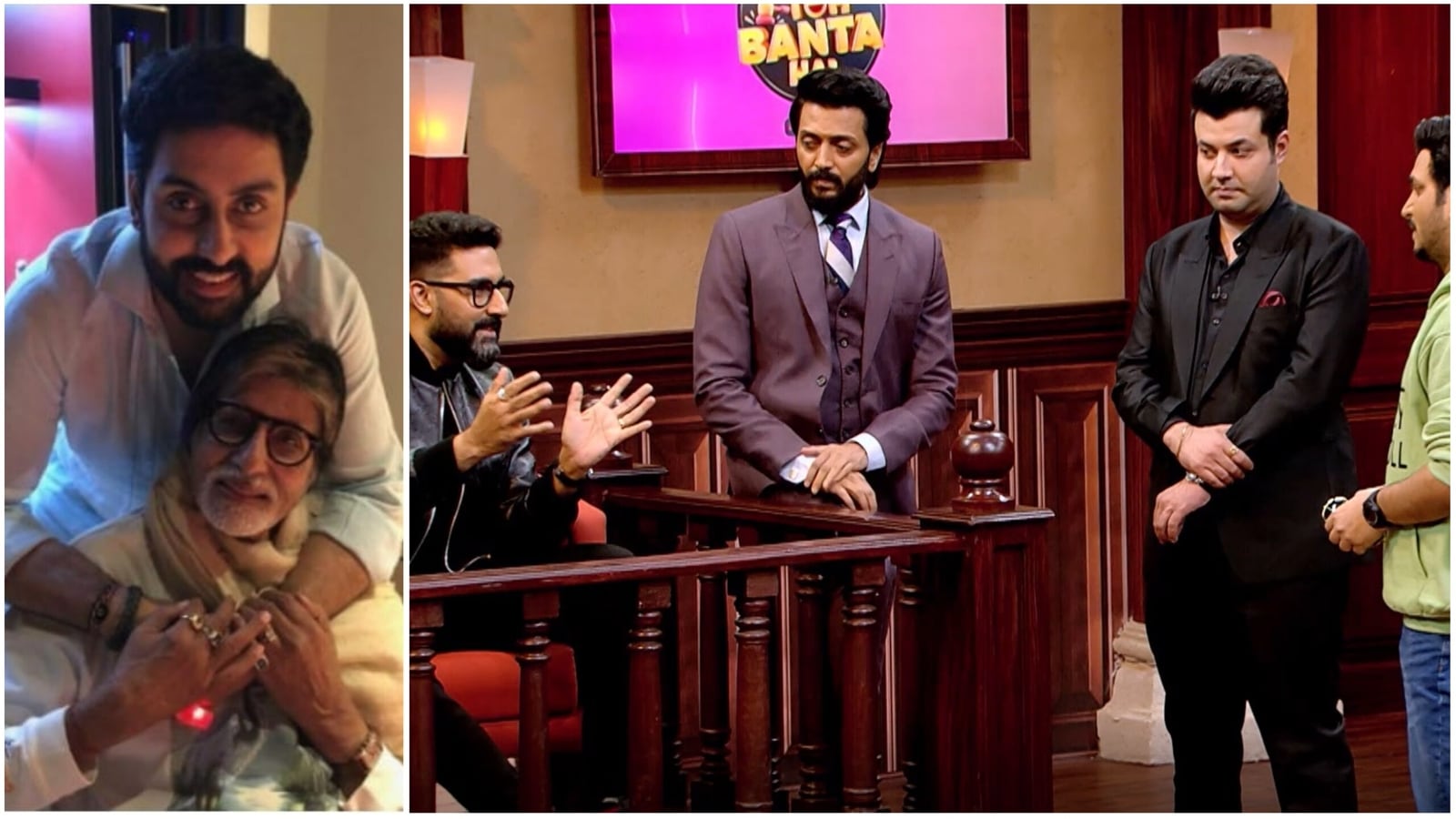 Abhishek Bachchan is known for his calm and composed nature, but the actor lost his cool after hearing a joke about his father Amitabh Bachchan. In a new promo from Case Toh Banta Hai, which appeared to be a staged skit, Abhishek walked out of the show mid-shooting after raising objections about a joke on Amitabh by comedian Paritosh Tripathi. Also Read| A hug from Abhishek makes Amitabh Bachchan emotional

Case Toh Banta Hai, a courtroom comedy series on Amazon miniTV, stars Riteish Deshmukh as the public’s lawyer while Varun Sharma acts as defence lawyer for Bollywood celebrities as they battle unusual accusations against them. During Abhishek Bachchan‘s appearance on the show, Paritosh Tripathi entered the witness box in the role of a troll, making a reference to the actor’s witty responses to his trolls on social media.

As Paritosh was making a joke about earning a meal by trolling Abhishek, the actor mumbled to Riteish Deshmukh, “Just stop this for a minute.” He also asked makers to stop filming, leaving Riteish, Paritosh, as well as Varun Sharma and ‘judge’ Kusha Kapila confused. Abhishek said, “It’s getting a bit too much. I’m all game for myself. I get it, but let’s not get to parents and all that. Mujh tak jokes rakh lena, pitaji ko lekar me thoda sensitive ho jaata hoon. Vo mere pita hain, mujhe acha nahi lagta (Keep the jokes to me, I get a little sensitive about my father. He is my father, I don’t like it).”

Paritosh tried to clarify his joke and said he is also a fan of Amitabh, but Abhishek interrupted him to say, “Thodi bahot izzat deni chahiye. Comedy ke daayare me itna bhi nahi karna chahiye, hum log aaj kal beh jaate hai (Some respect should be give. Comedy should not go so far, we people go too far these days).” Abhishek further told the makers, “Let me just say what I have to say. I am not a fool,” and proceeded to walk out mid-shoot, leaving people stunned and Paritosh frightened.

Previously, a trailer of the show had featured Abhishek facing an accusation that he has been stealing props from the sets of his films. In response, the actor had joked that he even stole the heroine Aishwarya Bachchan from the sets of Guru. The two had tied the knot a few months after starring opposite each other in the 2007 film.

What is Amazon Prime Early Access Sale and when is it?