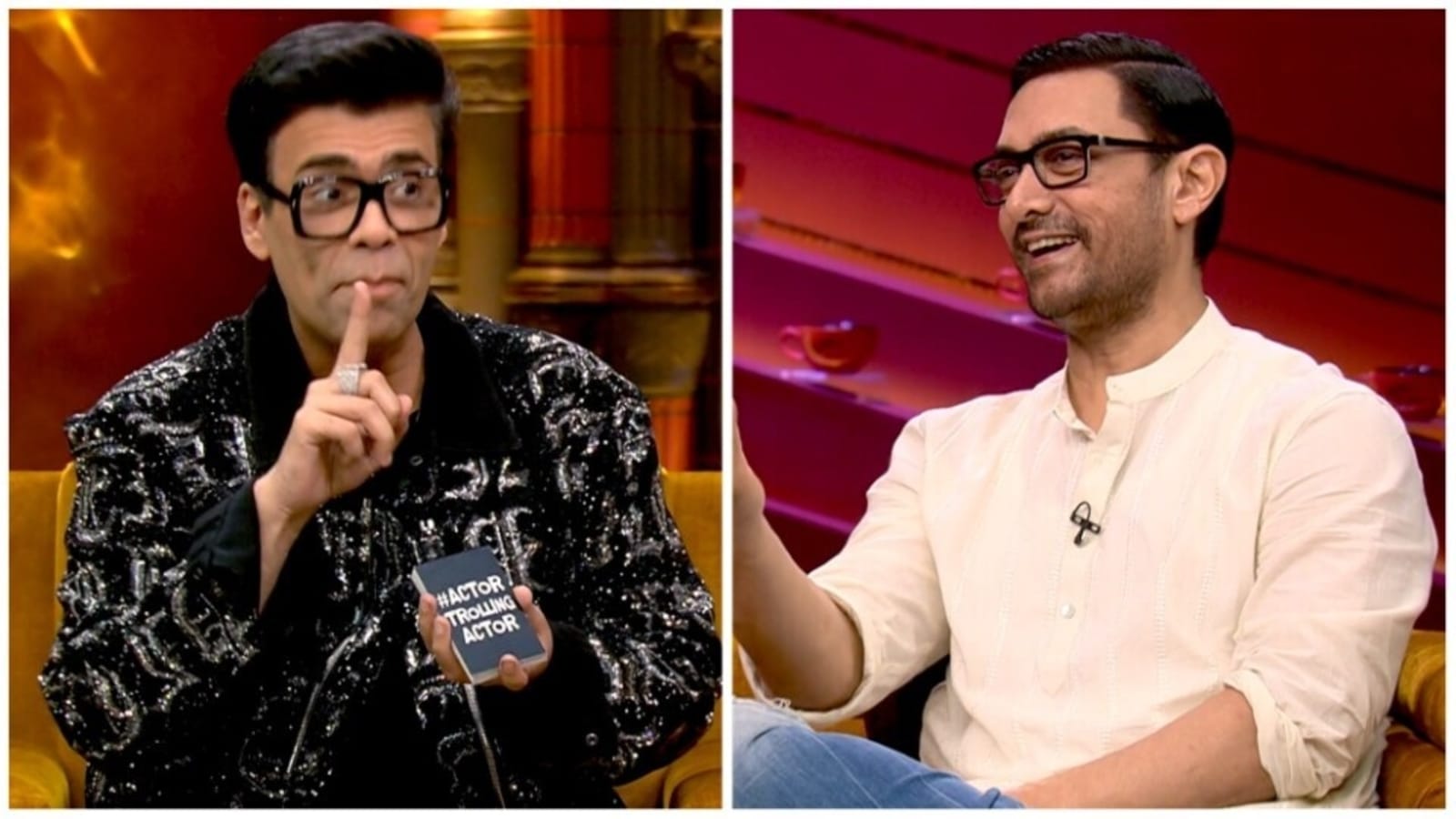 Actors Aamir Khan and Kareena Kapoor were the latest guests on Koffee With Karan season seven on Thursday. The latest, fifth episode of the show brought Aamir and Kareena together as they promoted their upcoming movie, Laal Singh Chaddha. However, the most noteworthy moments were Aamir roasting Karan. (Also read: When Kapil Sharma said it was Karan Johar’s ‘specialty’ to turn even conversation about ‘country’s economy’ towards lust)

Since the beginning itself, Aamir called out Karan on all the false assumptions he has made about him, in that his films such as Lagaan and Rang De Basanti changed the flavour of Hindi cinema so much that the repercussions are seen now, and Kareena, in that she has no interest in how her films do at the box office, beyond fulfilling her job as an actor. Aamir explained that he had got it wrong about both of them.

Later, Karan talked about how he had been criticised online for seemingly being partial towards Janhvi Kapoor in her episode with Sara Ali Khan, who is Kareena’s stepdaughter. Karan asked Aamir if he thought he could be partial towards anyone. Aamir instantly said, “All the time. You are quite partial.” Karan laughed and called it ‘rubbish’, asking who he’s ever been partial with. He explained that he was just feeling bad after Janhvi Kapoor lost both the rounds on the episode and may have overcompensated a bit.

Aamir interjected, “So you were being nice to someone? Kya baat karraha hai yaar (What is he even saying).” Karan laughed and said that Aamir was trolling him. Aamir continued, “Maa kasam, aap jab bhi show karte ho, kisi na kisi ka insult hota hi hota hai, koi na koi rota hi rota hai. Kisi na kisi ka dil dukhta hi dukhta hai (I swear on my mother, whenever you do a show, someone or the other gets insulted, cries or their heart breaks).”

Karan seemed to remember Kangana Ranaut at this moment. “I thought I had one major troll in my life, there is another one who has joined that party,” he said as both Kareena and Aamir laughed. Previously, Kangana had sparked a long, still-raging feud with Karan on his show after she called him the ‘flagbearer of nepotism’ among other things. She joining any party with Aamir is also unlikely, considering she doesn’t think too highly of him either. Also read: Kangana Ranaut says ‘mastermind’ Aamir Khan is behind boycott Laal Singh Chaddha trend

Further along the episode, Aamir spoke about how he loves Karan’s sense of humour but also feels it’s always at the expense of someone else. While it makes him laugh at the moment, he does feel bad about laughing later.